Barack Obama and Macklemore Team Up to Discuss Opioid Addiction

"Addiction is like any other disease: It doesn't discriminate" 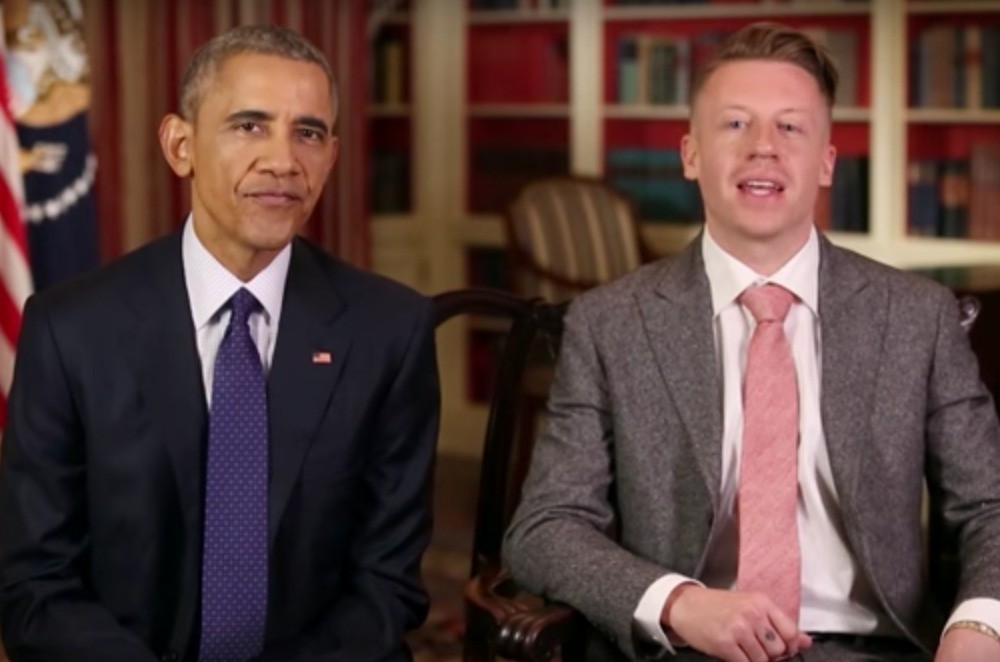 President Barack Obama has invited Macklemore to sit in on his White House weekly address, where the two engage in a discussion regarding opioid addiction. They also call on Congress to do more about the crisis.

“Deaths from opioid overdoses have tripled since 2000,” Obama says. “A lot of time, they’re from legal drugs prescribed from a doctor, so addiction doesn’t always start in some dark alley; it often starts in a medicine cabinet.”

Honored to be at @WhiteHouse with @MTV to talk to @POTUS about opioid addiction. Really excited for this project. pic.twitter.com/feb7AfoHqn

“Addiction is like any other disease: It doesn’t discriminate,” says Macklemore, who has struggled with the disease himself and lost friends to addiction. “It doesn’t care what color you are, whether you’re a guy or a girl, rich or poor, whether you live in an inner city, suburb or rural America. This doesn’t just happen to other peoples’ kids or some other neighborhood; it can happen to any of us.”

The video comes in tandem with the president’s call to Congress “to pass the $1.1 billion in new funding in his Budget to make sure that every American with an opioid use disorder who wants treatment can get the help they need,” the White House said in a statement.