"We want to take a moment to note the passing of our good friend David Bowie." 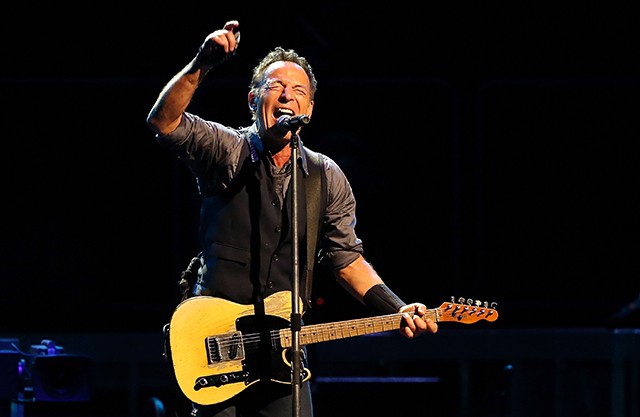 The Boss opened the band’s encore with the Diamond Dogs track, introducing it saying, “We want to take a moment to note the passing of our good friend David Bowie.”

Springsteen also noted that Bowie “supported our music way back in the very beginning, 1973,” and covered early songs “It’s Hard To Be a Saint in the City” and “Growin’ Up,” giving the young musician’s career a boost. In sort of rock folklore, Bowie even invited Springsteen to Philadelphia while recording his Young Americans album.

“We’re thinking of him,” Springsteen said as the band started into “Rebel Rebel.” Watch it here:

Following Bowie’s death on Sunday following a private 18-month battle with cancer, Springsteen tweeted this tribute to the Starman.

Over here on E Street, we’re feeling the great loss of David Bowie. David was a visionary artist and an early supporter of our music.

Always changing and ahead of the curve, he was an artist whose excellence you aspired to. He will be sorely missed. – Bruce