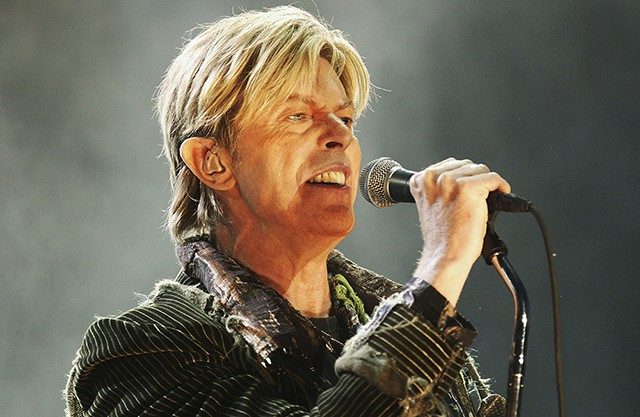 In 1979, David Bowie gave Saturday Night Live one of the show’s weirdest and most amazing performances of the series’ 41 years. On Saturday, SNL paid tribute to the late rock icon with former cast member Fred Armisen returning to the stage to share his own personal remembrance of the airing.

Armisen remembers being a Long Island high schooler in 1979 and he recalled staying up late to catch Bowie’s set — a moment he described as a “life changing experience.”

“He had these backup singers that were like choir singers from the future and a toy poodle with a TV monitor in his mouth,” said Armisen. “David Bowie transformed whatever space he was in, whatever medium he was using and, that night for me, he transformed live television.”

The comedic actor also encouraged viewers to watch Bowie’s three songs from that night online and introduced a video of Bowie’s “The Man Who Sold the World.”

Watch the tribute here, followed by all three of the full performance videos.