When an Arena in Glasgow Unplugged Madonna’s Power, She Kept On Playing 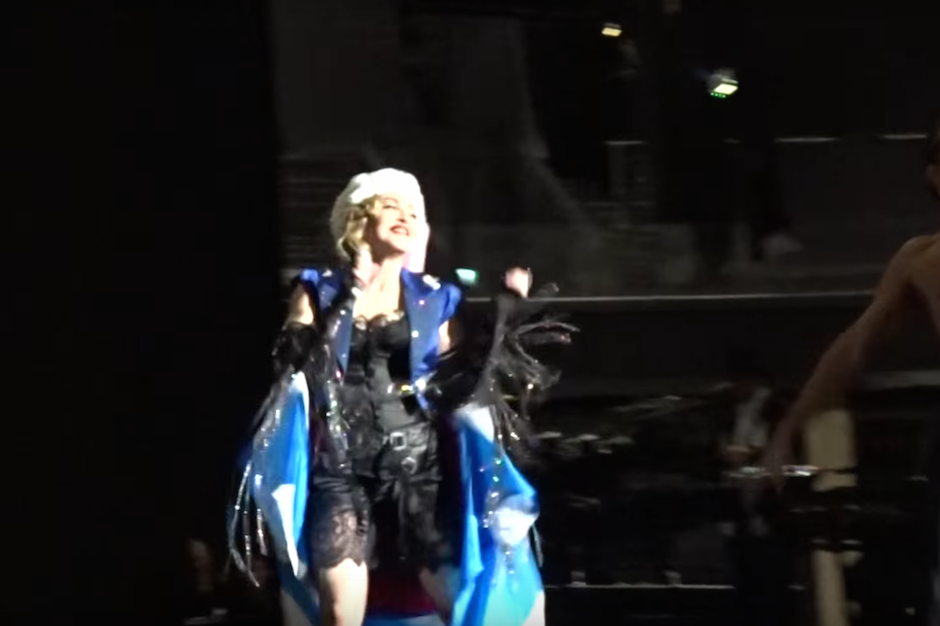 Madonna’s still trekking around the earth on her Rebel Heart world tour, and during the show’s stop last night in Glasgow, apparently the iconic pop star ruffled some feathers when the concert ran long — apparently past the city’s curfew — forcing the arena’s management to unplug the power to her sound and lights.

According to a fan on the scene:

Just when Madonna was about to sing the very last song of the Rebel Heart Tour set list “Holiday,” SSE Hydro Arena unplugged the sound and light system.

Never one to go down without a fight, Madonna returned to the stage and gave fans an unprompted, unprecedented acoustic rendition of “Holiday” with every light in the arena turned on. Wearing a Santa hat and singing into a microphone with no power, Madge let her fans do most of the singing for her as she grinned and danced alongside her onstage crew. Watch below, and check out angry concertgoers messages to the SSE Hydro Arena via the venue’s Facebook page below too. 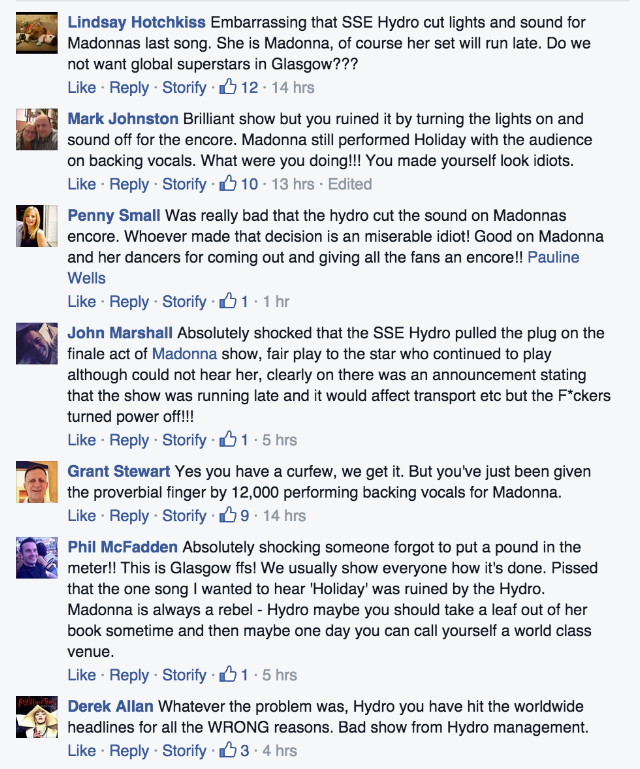