Plus watch hits like "Holiday" and "Material Girl," and keep an eye peeled for Mike Tyson 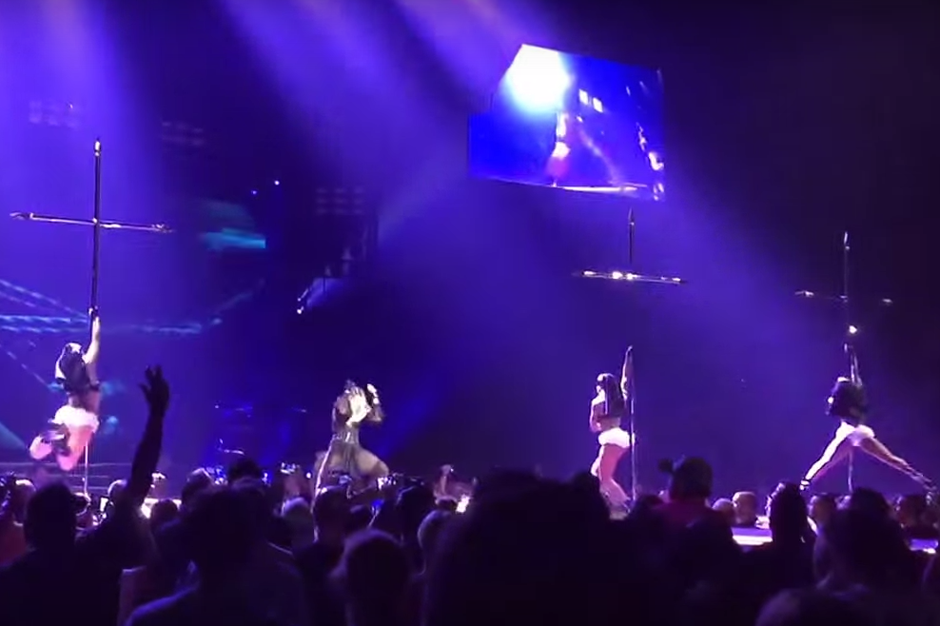 Last night, pop’s once-and-forever queen Madonna kicked off her Rebel Heart tour in Montreal with a walloping set list that included tracks from her most recent album as well as, of course, hit after hit after hit. As part of the show, Madge dipped into the “Holy Water” of Rebel Heart complete with scantily clad pole-dancing nuns:

She also performed a gorgeous version of the title track from 1986’s True Blue, complete with a ukelele and a crowd-wide singalong.

Mike Tyson showed up (in video form) for his spoken-word intro on Rebel Heart cut “Iconic.”

Madonna obviously also made room for hits like “Material Girl” and a cover of “La Vie En Rose” too, an Edith Piaf song that the singer’s sometimes-adversary Lady Gaga also tackled on her most recent tour.

Keep scrolling for videos from the Rebel Heart tour, including performances of “Holiday,” “Living For Love,” “Body Shop,” “Bitch I’m Madonna” (in full samurai garb, no less) and more.