"Do you know who you are? You're s**t. You’re a s**tty little insignificant, f**king indie-rock band." 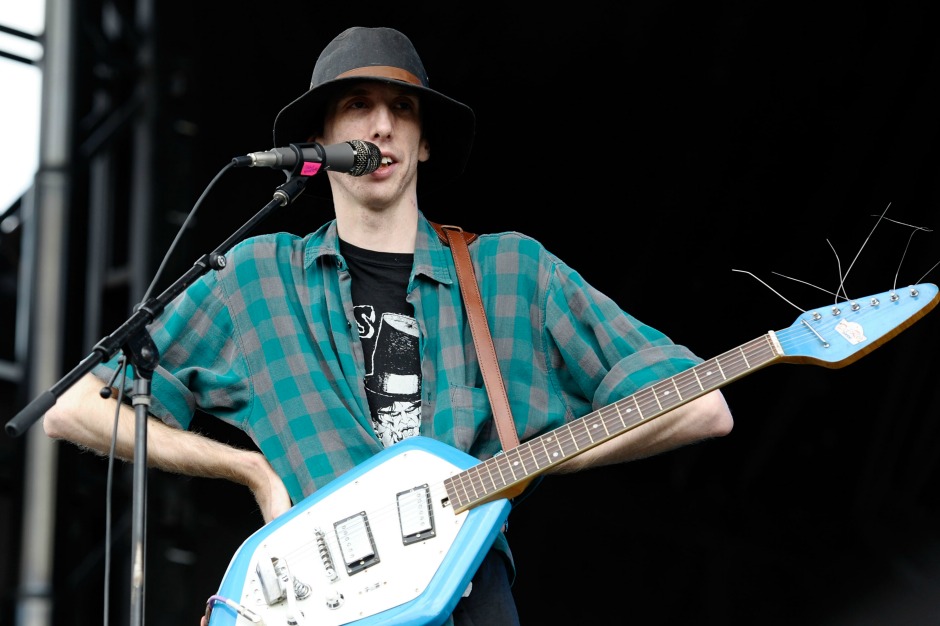 “Several eyewitnesses can attest that Cox’s account is a complete fabrication, probably to get some much needed attention. He is correct about one thing, that the whole thing is on tape, and that we have a video of the encounter. Since this is intentionally slanderous, I will likely suggest we pursue charges unless a retraction is forthcoming.”

In the summer of 2007, i.e., when Deerhunter were a lot less famous, they opened for the decidedly more well-known Smashing Pumpkins at the Orange Peel in Asheville, North Carolina. Two night ago, SPIN’s No. 1 rock band returned to the venue, where frontman Bradford Cox told a shocking — no, utterly ridiculous — story about getting cursed out by Billy Corgan himself for accidentally taking a water bottle from the venue’s VOSS Water bottle pyramid.

As Cox tells it, he initially got yelled at, physically grabbed, and “pushed up against the wall” by Corgan’s bodyguards when he grabbed said water bottle without thinking (though seriously, if you were performing at a venue, would you give something like that a second thought?).

Later, thinking the incident had passed, Cox was asked to visit Corgan himself. Deciding that maybe Corgan wanted to make nice and meet his show opener, Cox went ahead. But, according to Cox, Corgan was not there to make friends. Here’s what Corgan (reportedly) said to Cox in an allegedly taped conversation. About a water bottle.

I hear you’ve been causing a lot of trouble. Do you know who you are? You’re s**t. You’re a s**tty little insignificant, f**king indie-rock band. You were invited — not by me — who knows what fucking idiot in my management did this? — but you were invited to open for THE Smashing Pumpkins.

From there, Cox described how “they took our equipment; they took Moses [Archuleta’s] drum kit” and threw it down the stairs.

If you do nothing else today, you must watch Cox retell his story via the below fan-shot video. It takes about 15 minutes for him to get the entire story out, but it’s worth it.