He had a severe lymph node infection 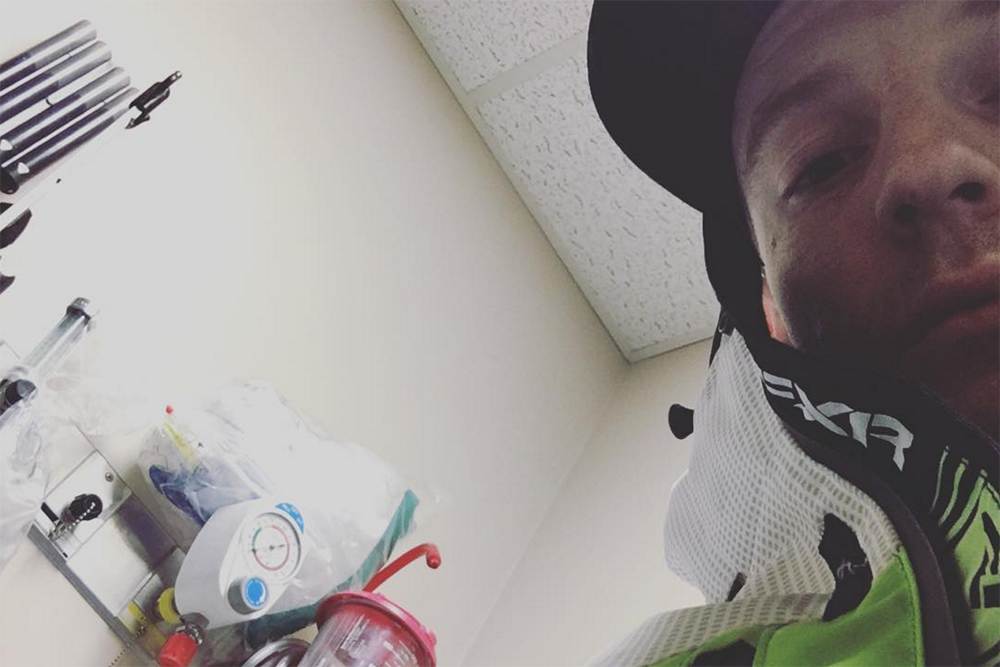 Neither rain nor sleet nor snow nor a severe lymph node infection can stop Deadmau5 from playing a scheduled gig. The helmeted EDM star claims to have “literally snuck out of” a hospital on Thursday night so that he could play a Red Bull event in Miami. “Hopped on a jet, played a show for Red Bull, getting back on jet. Going back to hospital. Such lols,” he summarized on Twitter.

The hospitalization was “nothing serious,” he said. “Thyroid/lymph node s**t. Caused by some underlying thing that may or may not exist. All good.”

Still, Deadmau5, sneaking out of a hospital is dangerous. If you keep ignoring doctors orders, your morbid moniker might just become literal.

literally snuck out of the hospital, hopped on a jet, played a show for @redbull, getting back on jet. going back to hospital. such lols.

nothing serious. thyroid / lymph node shit. caused by some underlying thing that may or may not exist. all good. https://t.co/WLlIb4M1Eh

back home. everything is groovy. just doing a huge overhaul on the new produciton PC. installing / updating software and such.

so my lymph nodes have swollen up to about the size of golf balls. so much for sleeping tonight :/

yay! steroids! l… I guess it’s to help the swelling? MAYBE I’LL GET SWOL. am not kill. no worries