When it comes to using animals in EDM shows, just say "neigh" 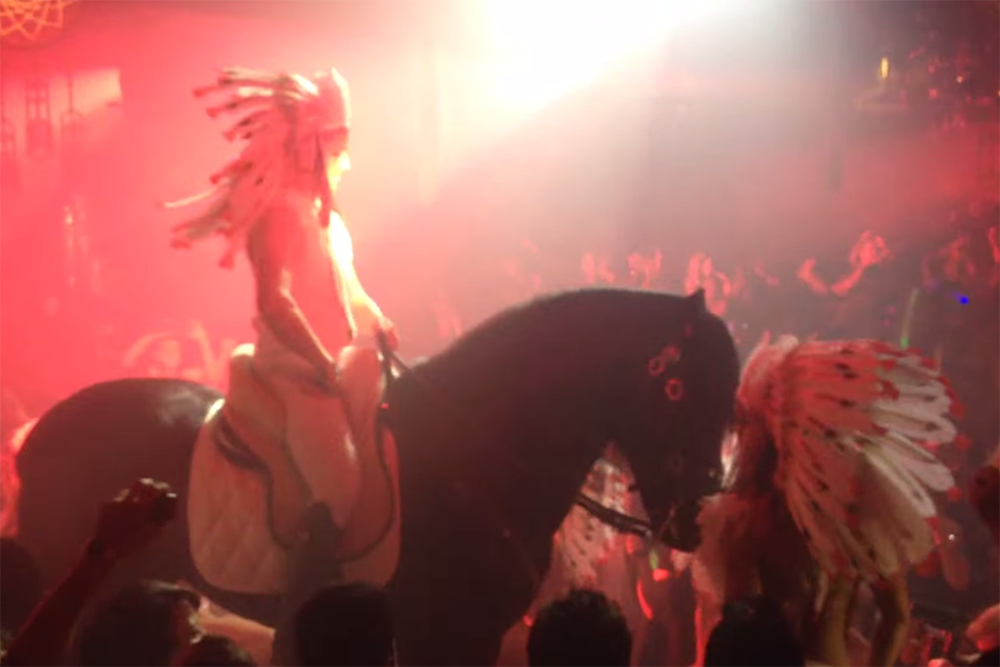 EDM superstar David Guetta brought real, living horses onstage at Pacha Ibiza back in May for the opening party of his F—k Me I’m Famous residency. Deadmau5, whose stage persona is that of a fake, dead mouse, was not happy with Guetta’s decision to subject the horses to “a shitty overpaid DJ.”

After seeing video of the event, which surfaced online earlier this summer, Deadmau5 got on his high horse and took to Twitter, firing off a series of tweets criticizing Guetta. “I’m sure the horse really appriciated [sic] it,” he wrote. According to information straight from the horse’s mouth (the ASPCA’s website), horses are “quite sensitive to sudden or unusual noises,” so a flashing EDM stage is probably not the best place for one. Guetta did not respond to Deadmau5’s criticism, but then again, a nod’s as good as a wink to a blind horse.

Guetta’s show also appeared to feature some cultural appropriation in the form of the dancers wearing Native American garb, but that’s a horse of a different color.

We could go on, but that would just be beating a dead horse. Watch video of the show on YouTube and check out Deadmau5’s tweets below.

for real… horses belong on a farm, not in a shitty overpriced nightclub to be subjected to a shitty overpaid DJ. @pacha — deadmau5 (@deadmau5) July 9, 2015