"Dear Billy Corgan / I don’t even know you, man / Please don’t sue me" 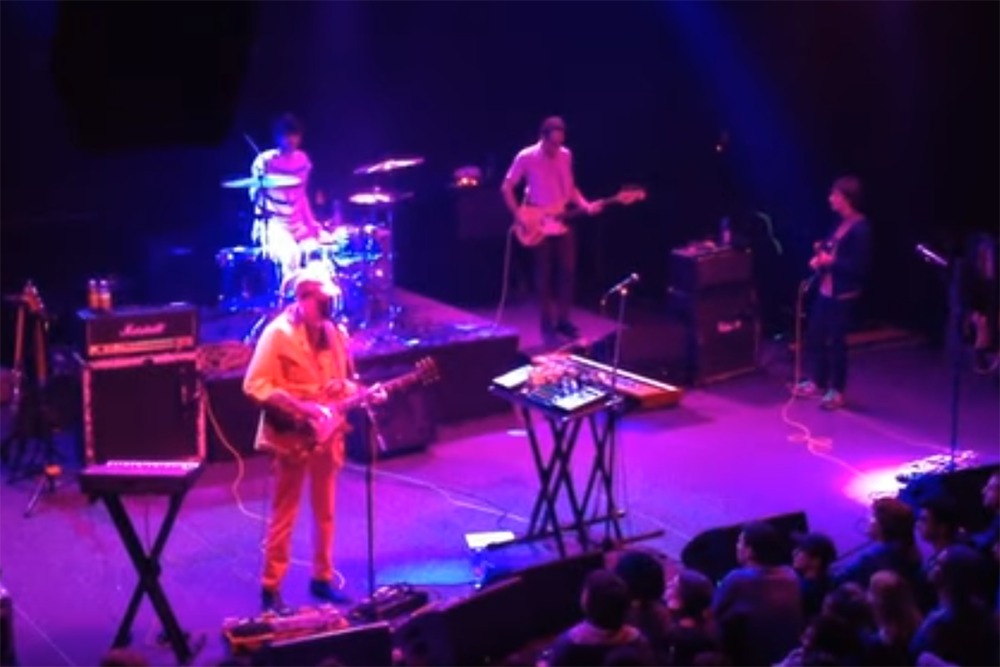 New evidence has come to light in the newly ongoing feud between Deerhunter’s Bradford Cox and Billy Corgan. Cox, you may recall, told a story at a gig in Asheville, North Carolina, this weekend about the time the Smashing Pumpkins frontman and his crew allegedly roughed him up over a water bottle. Corgan’s camp denied the event ever took place and threatened slander charges, prompting Cox to issue an official apology. However, he still taunted Corgan at his next show at Union Transfer in Philadelphia on Sunday night. A reporter for SPIN was there and described Cox’s lengthy “cover” of the Pumpkins’ “Today” and provocative lyrics addressed to Corgan. Now new fan-shot video of the performance uploaded to YouTube shows the whole thing.

After recounting a story to the crowd at the Orange Peel in Asheville, North Carolina about a time he got into a mess with Smashing Pumpkins frontman Billy Corgan and his security team over a swiped bottle of water, Bradford Cox of Deerhunter (SPIN's No
MORE >>

The off-kilter rendition of “Today” seems 25 percent tail-between-legs and 75 percent tongue-in-cheek. “Dear Billy Corgan / I don’t even know you, man / Please don’t sue me,” Cox sang. “I love my dog / And I don’t have that much money / And I don’t think you’re the kind of person / Who’d starve somebody’s dog /Just to prove a point.”

He concludes by stating, “Whoever uploads that to YouTube can suck my dick,” directed towards YouTube user boz888, and not, as SPIN’s reporter initially interpreted it, Corgan himself. Watch the ten-minute-long video below, and check out the lyrics via boz888.