And people are mad — again 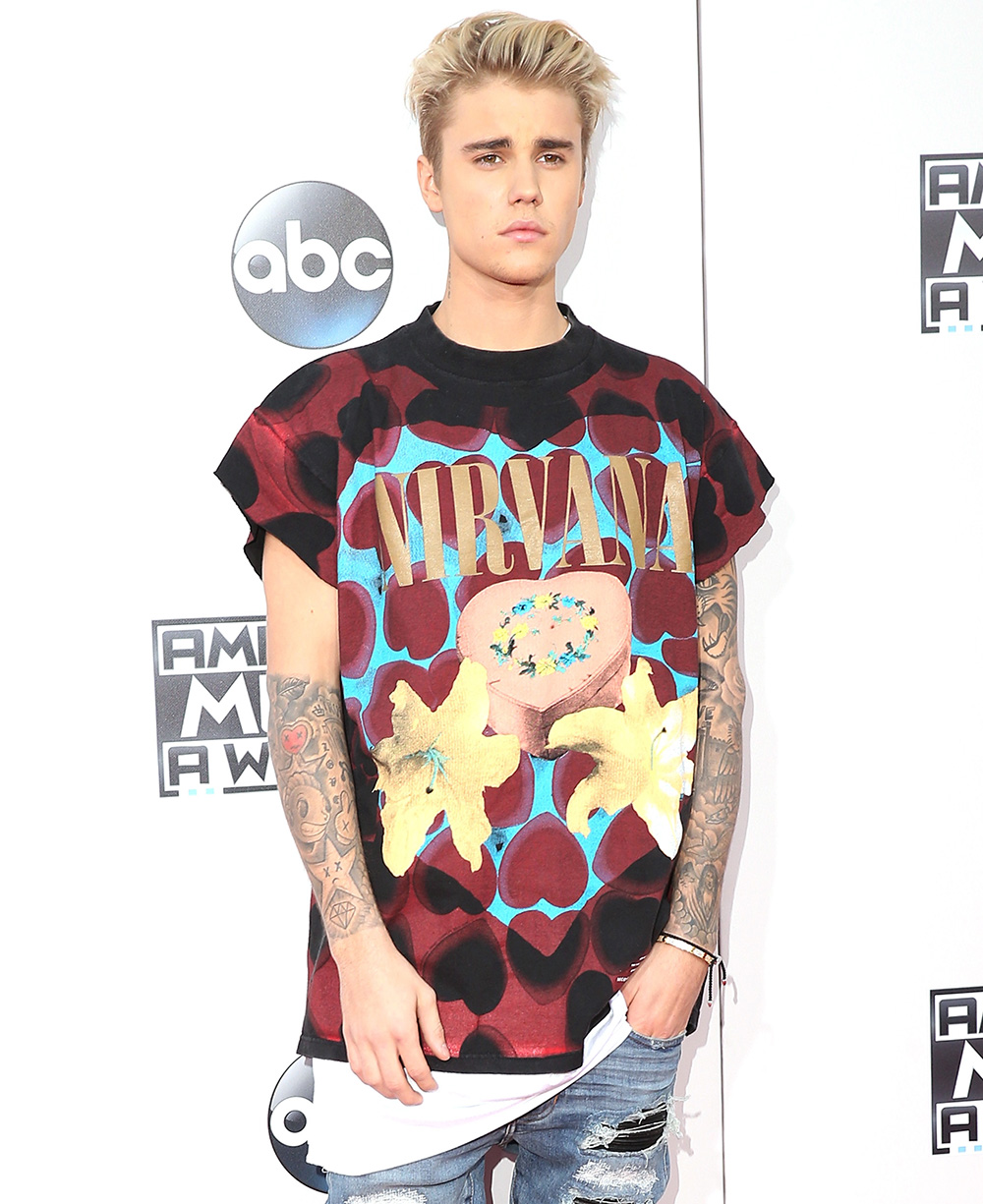 Important Update: Courtney Love is cool with it.

Justin Bieber closed out the 2015 American Music Awards with a rain-soaked, three-song set, but he opened them with a Grade-A troll move. The Purpose singer strolled onto the red carpet wearing jeans that were torn to shreds and an ugly-as-all-hell (but probably very expensive) t-shirt with the name of Kurt Cobain’s band all over it. And just like when he wore a Metallica t-shirt a few weeks ago, people were really mad.

“Kurt Cobain rolled over in his grave when Justin Bieber showed up wearing a Nirvana shirt,” one Twitter user wrote. Another, employing a novel interpretation of the U.S. Constitution, declared that “Justin Bieber doesn’t have the right to wear a Nirvana shirt.”

Guys, guys — did you ever stop to think that your outrage is exactly what Bieber wants? Or that maybe, just maybe, the 21-year-old actually likes Nirvana, a popular band? Just a thought.