This is a thing they're choosing to be upset about 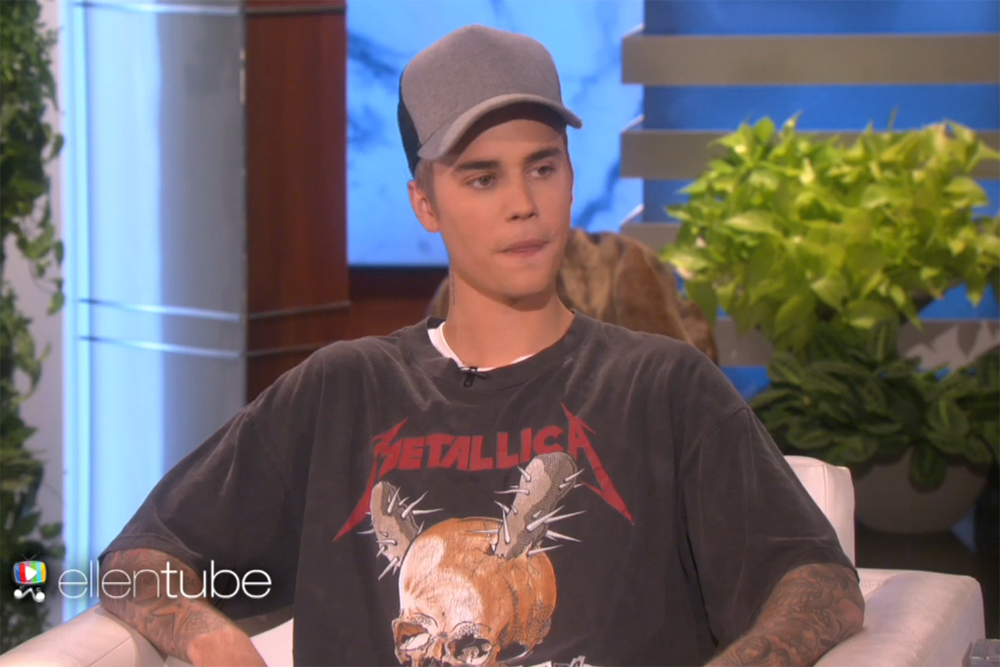 Justin Bieber, a popular pop star — who has a reputation for being a bit twerpy and who’s lately been releasing some pretty solid music — recently wore some band t-shirts, and people are mad. They’re mad that he wore t-shirts with their favorite bands on them. That’s what they’re mad at. That he wore some t-shirts.

The controversy (and SPIN uses that word here in the loosest possible terms) really started up when the “What Do You Mean?” singer stopped by Ellen yesterday wearing a Metallica t-shirt. “Take off the Metallica shirt you dweeb,” Twitter user (and apparent Ellen viewer) @dirtcasket tweeted. “You are a disgrace to music.”

Bieber also wore a Nirvana t-shirt earlier this week, and some fans of Kurt Cobain’s iconic band were incensed that the pop star might also enjoy their music. “Justin Bieber wearing a Nirvana shirt is and [sic] oxymoron,” an outraged user tweeted, “…because Nirvana actually makes good music.”