The Australian trio's latest is out October 30 on Northern Spy 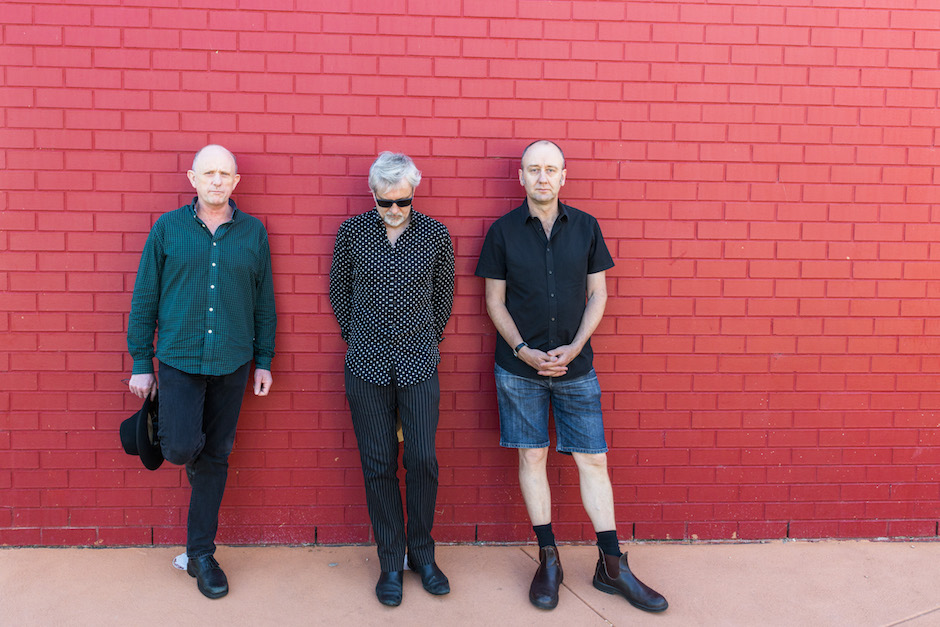 Long-running Australian trio the Necks are ostensibly a jazz act. They’re playing pianos, upright bass, and various percussion parts arranged around a drum kit, but their crawling idea of the form is built on a bedrock of idiosyncrasy, a thrumming mixture of noise, ambience, and opiate-slurred pop melodies. It’s an otherworldly sort of sound that seems like what might happen if you handed the instruments to a group of capable musicians who’d somehow never encountered the genre before — and were forced to try to rebuild it from scratch. The resulting efforts are monstrous.

On their latest single-track album Vertigo, as ever, the feelings are true to the form, but the circumstances are all (wonderfully) wrong. There’s anxiety and ecstasy in equal measure across the single 44-minute track, piano parts that repeat and intersect with the heartbeat throbbing basslines the cicada roars of cymbal rolls. These are the parts that should, in theory, coalesce into shapes and patterns that feel familiar, but the Necks are true trance soul rebels, dizzy abstractionists bent on meditative delirium — the sort of frazzled centered headspace you settle into after sitting and thinking for far too long. It’s even freer than free jazz, equally likely to open your mind or make you totally disassociate.

You’ll want to listen right here in advance of its October 30 release on Northern Spy.

The Necks will make a rare United States appearance at this year’s Big Ears Festival in Knoxville, Tennessee. More U.S. dates will be announced soon.