A banana was involved 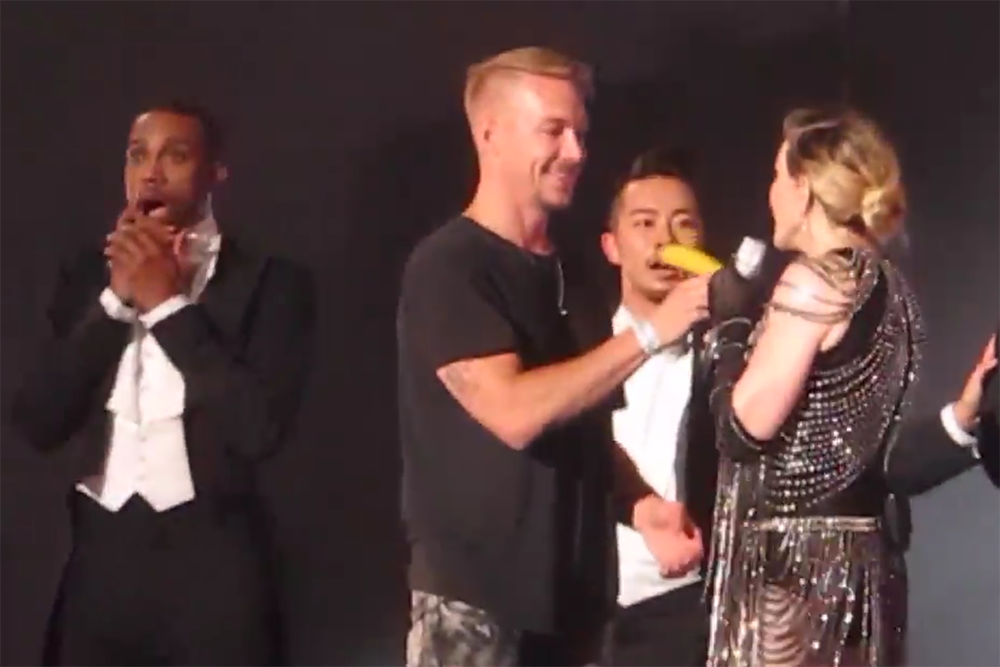 Oh boy: If the first night of Madonna’s Rebel Heart tour is anything to go by, we’re all in for quite a ride. SPIN already covered most of what happened during her opening night show in Montreal (including pole-dancing nuns), but TMZ has obtained a video of Diplo and Madge, uh, getting into it.

If Drake was shocked by his surprise kiss, then Diplo, who is opening for Madonna’s Canada shows, must’ve been really startled when he was brought on stage, forced to bend over, and let the iconic artist mime a couple thrusts at his rear. Diplo was a good sport despite looking a little bewildered, and let the crowd watch him Whip/Nae Nae, before Madonna gave him a banana as a parting gift.

“So many things you can do with a banana, right guys?” Madonna asked. We don’t understand any of it more than you do, but watch the whole thing via TMZ.