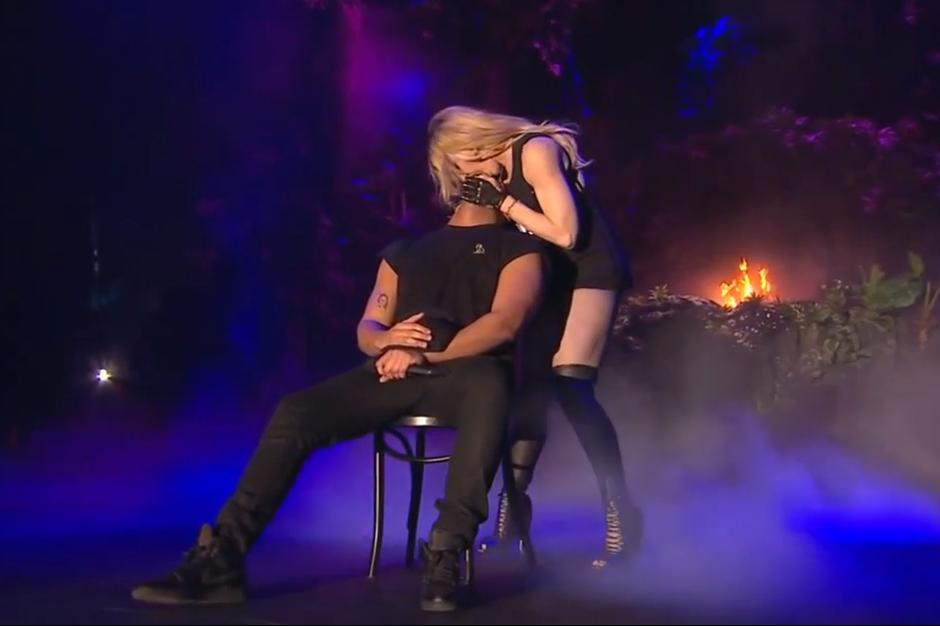 Madonna’s no stranger to locking lips with unexpected partners onstage to get a rise out of people, which is why her unannounced appearance during Drake’s headlining Coachella set in California last night doesn’t really come as quite the surprise. To those who’d been observing, you’d know that the Toronto rapper and the pop star — for whom Drizzy named a song after on his most recent release, If You’re Reading This It’s Too Late — had already been trading ridiculously cheesy flirtatious mentions via Instagram and Twitter for the last few months.

Last night, things came to their natural fruition when Madge — fresh from her rafter-shaking performance of “Bitch I’m Madonna” with Diplo on The Tonight Show — came onstage after Drake played “Madonna.” She worked her way through two of her own hits, “Human Nature” and “Hung Up” — before planting one on the woe-having rapper’s mouth. After a lengthy kiss (you can never say the star’s not committed to her act), she screamed (what else?) “I’m Madonna, bitch” and bolted.

For his part, Drake seemed surprised, shouting “Holy shit, what the fuck just happened?” You can watch the entire odd footage below.