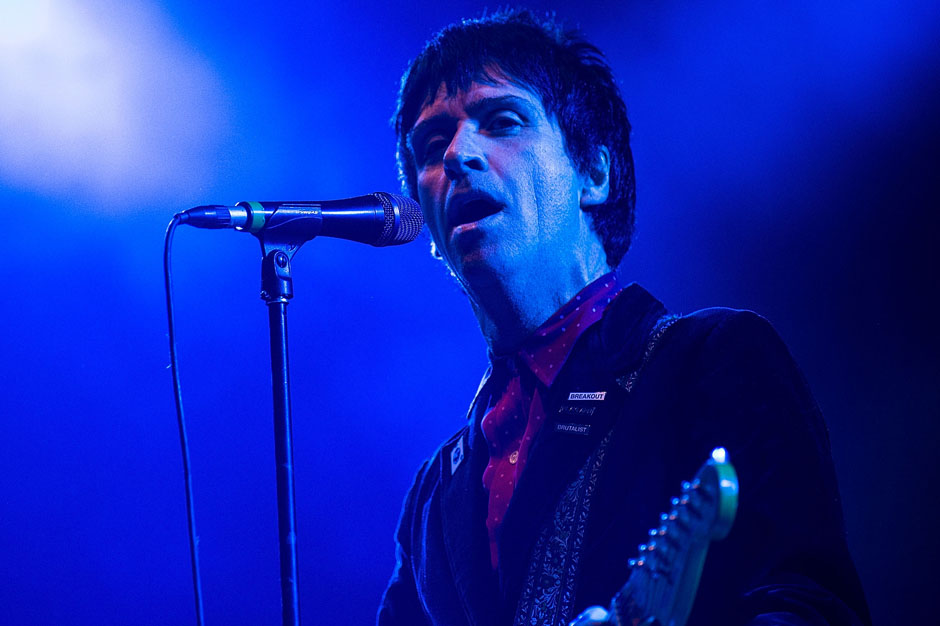 Johnny Marr has announced plans to release a new solo live album called Adrenalin Baby. Following last year’s Playland, this record was mainly recorded at two 2014 Playland tour shows — Brixton Academy and Manchester Apollo — and features original Marr tracks, a few from his time with the Smiths, and a cover of the Clash’s “I Fought the Law .” Check out the track list below, and find the album on October 9 via Warner Music Group.