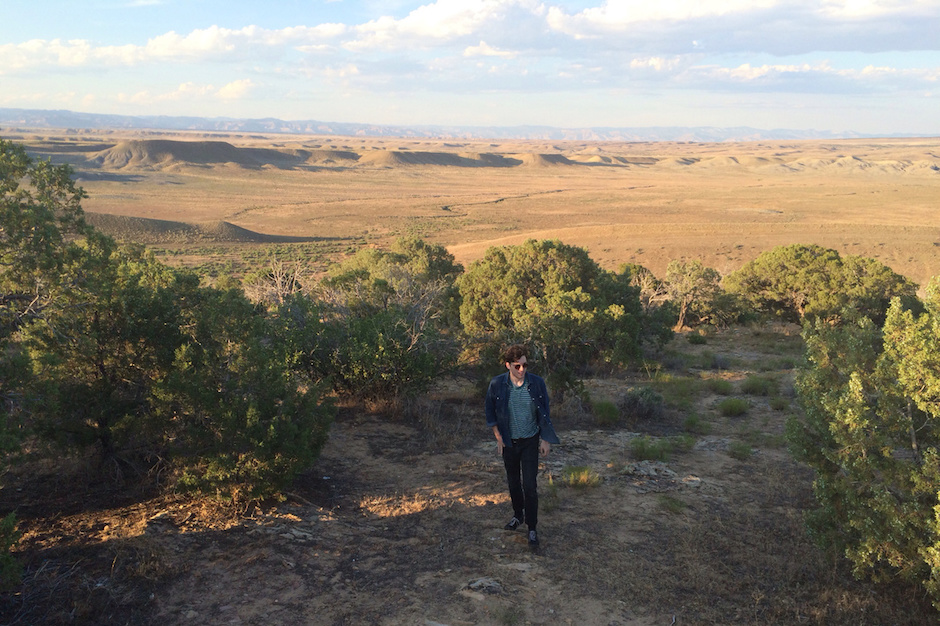 For the past couple of years now New Jersey resident Tom Christie has been making wonderfully windswept recordings under the name Fraternal Twin, and even though he’s already released one tape this year, today he’s back with more. May’s Skin Gets Hot filled eerie acoustic recordings with existence-probing atmospherics, but his new release, which will surface on Apollonian Sound like that earlier effort, is a little simpler. It’s titled Small Wind Power and it features a collection of unstable, unearthly folk songs that feel like waking up right after a storm has ended.

That tape will come out as part of this year’s Cassette Store Day, October 17, but until then he’s offering up a stream of the title track, which draws on overcast guitar work and relieved sighs that evoke the work of Nick Drake and Phil Elverum in alternate turns. Listen here.

Small Wind Power will receive a limited release of 50 copies in silkscreened packaging and the purchase of each tape will benefit the  New Jersey Clean Water Fund. Apollonian Sound will also reissue two wonderfully cloistered Bandcamp releases from Elaiza Santos of Crying’s 100% project on one cassette on the same day, $1 of each sale of that tape will go to Fierce.