Miley Cyrus on the 2013 VMAs: Robin Thicke ‘Wanted Me As Naked As Possible’ 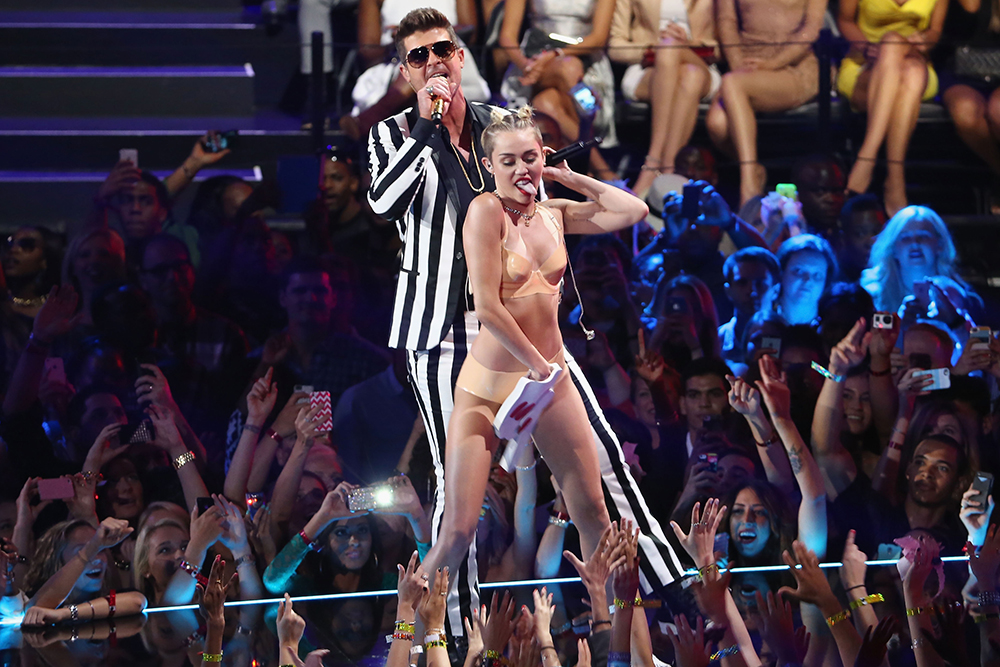 Miley Cyrus is set to make her return to the MTV VMAs stage — this time as the host, and not as one-half of the most controversial performance the show has seen in recent memory. Cyrus reflected on the 2013 VMAs and duet with Robin Thicke in a revealing new interview with The New York Times.

“It was funny, because I got so much of the heat for it, but that’s just being a woman,” she said. “He acted like he didn’t know that was going to happen. You were in rehearsals! You knew exactly what was going to happen. And he was actually the one that approved my outfit, so I thought that was very funny. He wanted me as naked as possible, because that’s how his video was.”

Cyrus, who doesn’t regret the show, goes on to say how the 2013 VMAs were the first time she really noticed how many people were paying attention to her:

I don’t think I realized my full power until that show. I didn’t realize I could make such a big reaction. I didn’t think that many people would care. I knew I was famous, but I didn’t know what that meant. Everything was coming to an end and starting a new beginning. In every way.

She explains, however, that her skit-heavy opening bit this year will not feature any jokes about Thicke. “I wasn’t going to just get out there and make jokes about the past.”

The “Wrecking Ball” singer also offered her take on the feud between Taylor Swift and Nicki Minaj, saying that Minaj’s “not too kind” delivery and — she hinted — personality got in the way of what actually was an important issue about diversity and representation in popular culture.

If you want to make it about race, there’s a way you could do that. But don’t make it just about yourself. Say: “This is the reason why I think it’s important to be nominated. There’s girls everywhere with this body type.”