Why is this happening? 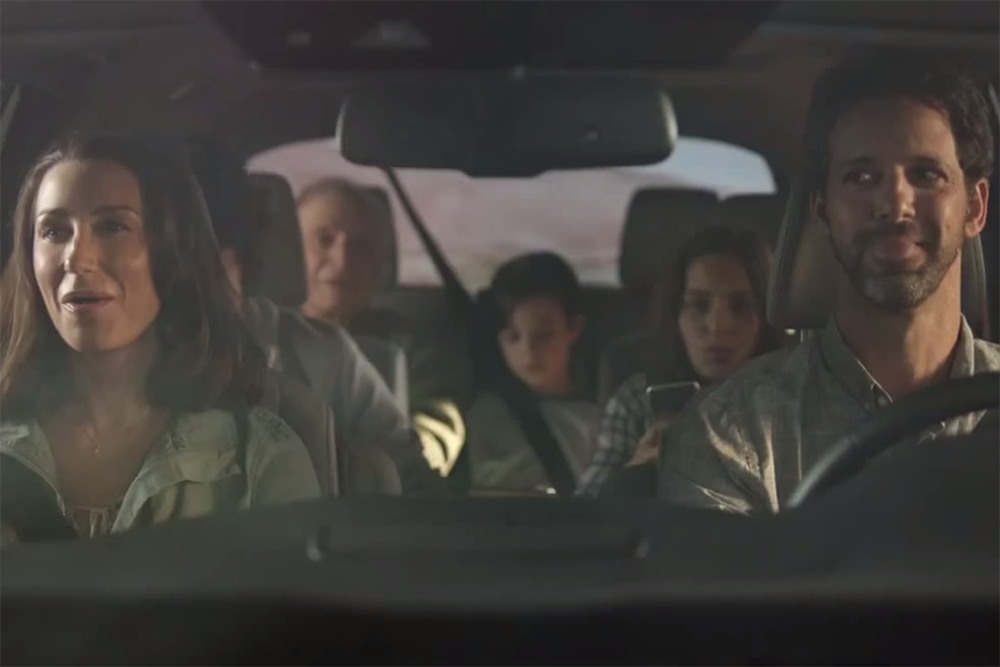 Honda’s new commercial for the 2016 Honda Pilot Elite SUV features a charming family of attractive, relatable actors breaking into a God-awful cover of a Weezer song for no apparent reason other than to inflict pain upon the viewer. Their awkward, off-key cover of “Buddy Holly” makes you wish that you were listening to Weezer instead of these jabronis, but also is off-putting enough that you get the sense that maybe you’d be better off if you just never listened to Weezer again.

“We’ve sometimes got to catch ourselves in internal meetings when we talk about this hyper-youth target, because the older end of the snake person range is a 35-year-old who is raising a family and looking at family vehicles,” Peyton told Brandchannel, presumably with a straight face. “That’s why our marketing [for Pilot] has to be more fun and youthful than in the past.”

The commercial was directed by Jason Reitman, who also directed Juno and Up in the Air, and who should really be better than this.