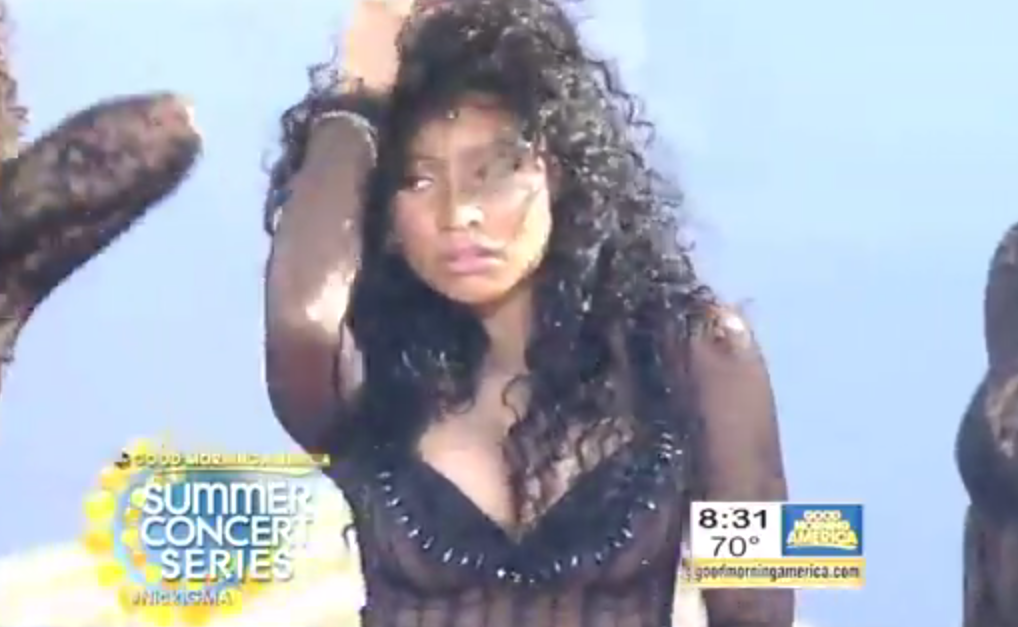 Minaj also addressed her 2015 Video Music Award-related Twitter back-and-forth with Taylor Swift, saying how much she liked and respected Swift. She also clarified what she meant in her original tweet slamming MTV for snubbing “Anaconda” for Video of the Year:

“Anaconda” had such a huge cultural impact, and on top of that, we broke the Vevo record. So this is actually my third time breaking the Vevo record, and “Anaconda” therefore should have been nominated. I do think that if it was one of the pop girls, they would have had many nominations for it. I think I got two nominations for Anaconda — for ‘Female’ and for ‘hip-hop,’ but it should’ve been for the year.

Watch Minaj’s interview below, and see her performance(s) as well.