She seems to be working on a new project, possibly called 'Matahdatha' 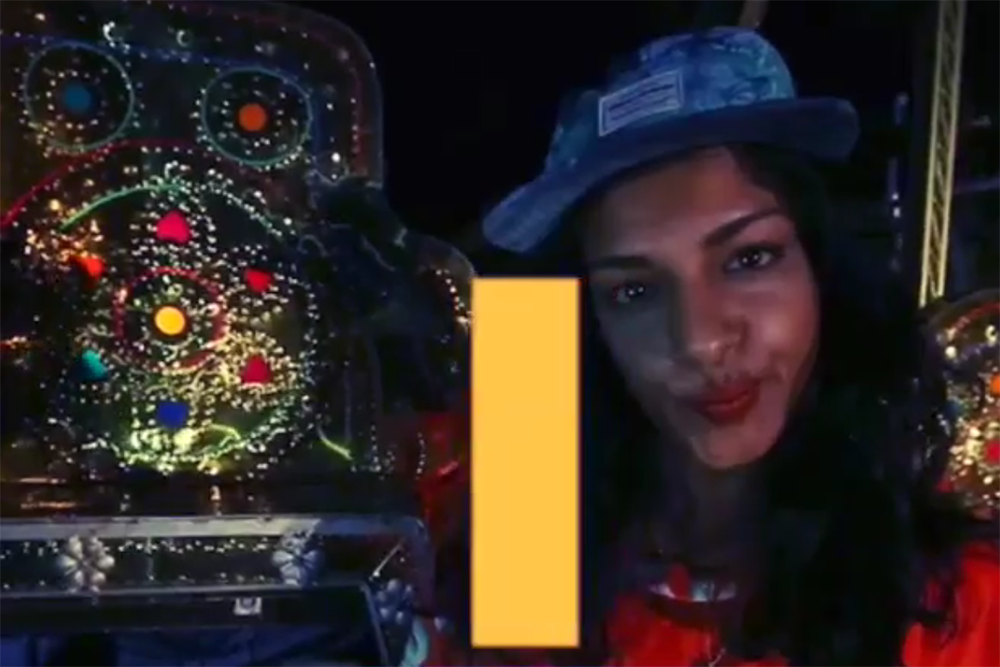 M.I.A. has been pretty quiet as of late, but the provocative art-pop singer has been dropping plenty of hints indicating that she’s working on something new. In May she shared a sample of a new demo, “Platforms,” before pulling it fairly soon afterwards. Now the Sri Lankan rapper is teasing her new material yet again, with a series of Instagram uploads over the weekend. One video features a clip from “Platforms,” and the others appear to be from the short film she’s said she’s working on. M.I.A. also uploaded what appears to be a logo for a project that could be titled “Matahdatha,” though as of now it’s unclear exactly what form this project will take. Check out all the hints below.