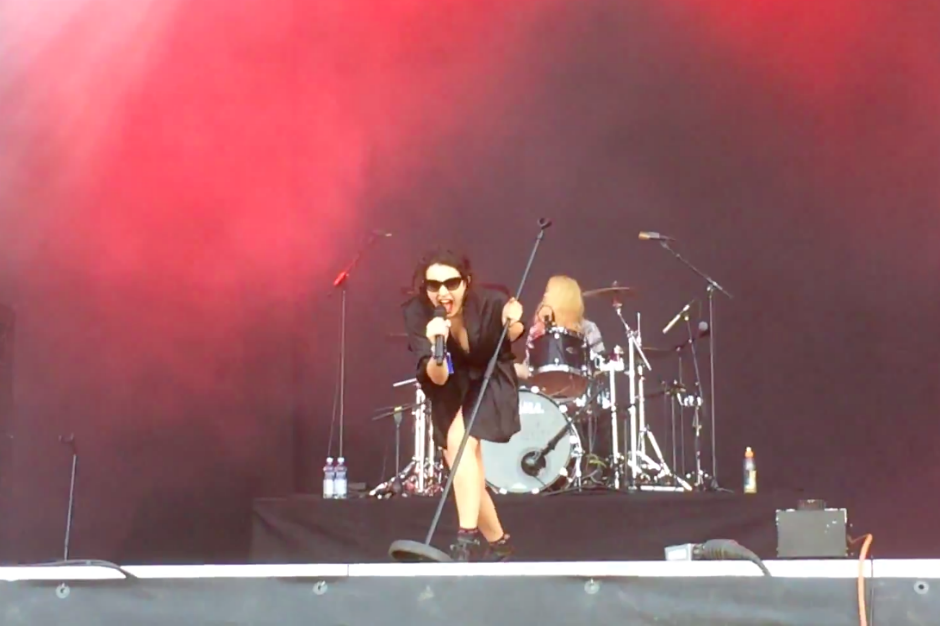 The Lost Punk Album is an official part of Charli XCX lore now: After debuting with the lush synth-pop of first official LP True Romance, the burgeoning breakout artist decided she was “over the music industry,” and went to Sweden to make an album of raw, new wave-y garage rock. One or two tracks saw the light of day, but when Charli set on the brat-pop path to Sucker, the project was shelved and has since been mostly ignored by its creator.

However, during a gig at Finland’s Ilosaarirock festival this weekend, the singer/songwriter broke out one of those lost cuts: “Mow That Lawn,” a super-distorted cut with a sleazy, Cramps-esque drum-and-bass strut. Whether this means that Charli isn’t as done with this phase as previously suspected or if her Finnish fans had just proven themselves worthy of being treated to the rarity remains to be seen, but it’s good to know that the pop star hasn’t completely lost touch with her gutterpunk side.