Charles Manson Signed a Copy of the Beatles’ ‘White Album,’ and It’s On Sale 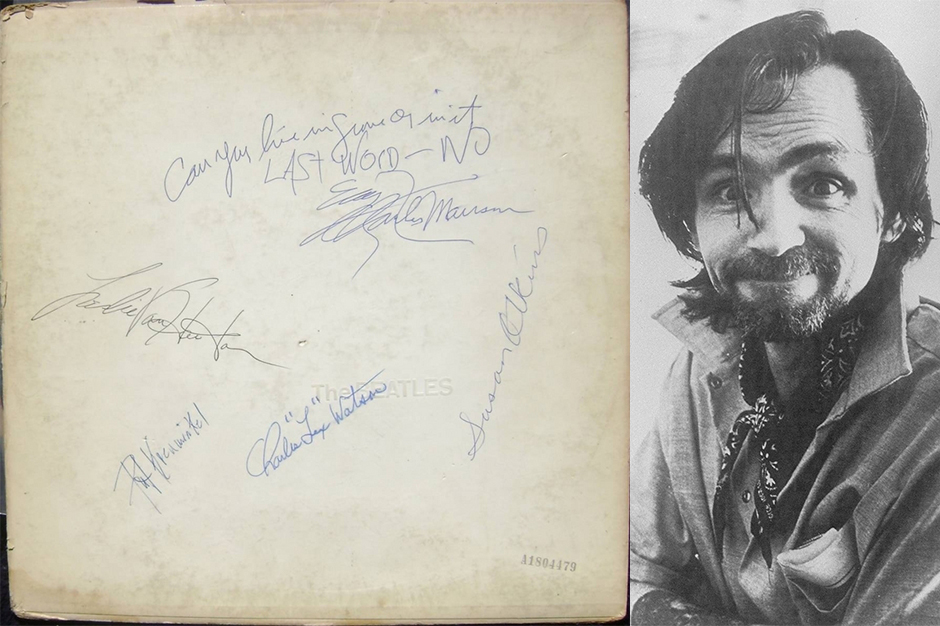 If you’re a fan of the Beatles and/or convicted mass murderers, then we have a treat for you: There is a listing on the online marketplace iOffer for a copy of the Beatles’ classic 1968 White Album signed by the Charles Manson and the rest of the Manson family. Manson infamously interpreted the album as a portent of a coming race war, a doomsday scenario he called “Helter Skelter” after the Beatles’ song of that name. The title was written on a fridge at the scene of the Manson family’s murder of the LaBiancas in August of 1969.

The cover, which is selling for a cool $49,000, is signed by Susan Atkins, Leslie Van Houten, Charles “Tex” Watson, Pat Krenwinkel, and of course Charles Manson, who added a swastika to his signature. “The signatures were obtained by a gentleman who was at one time associated with the Manson family at the Spahn Ranch,” the listing on iOffer explains. “I choose not to post this name here. He acquired them at the respective prisons where they are incarcerated in California, including Corcoran State Prison, and the California Correctional Institution for women.” Pick up the special Manson Family Edition of The White Album here if you’ve got fifty grand just lying around and you don’t care about the morally dubious aspects of the purchase.