Review: Hudson Mohawke Is a Hard-Hitting Chameleon on ‘Lantern’ 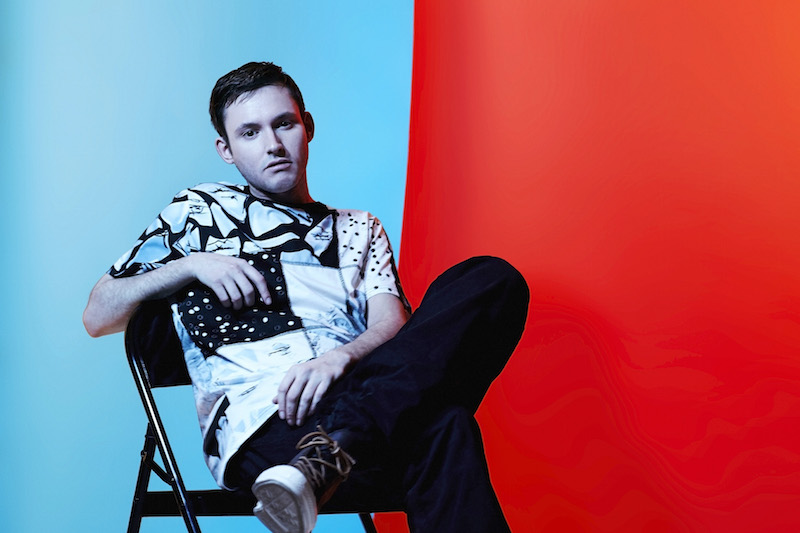 “I don’t know if you’ve heard my older material, but it’s quite different,” Hudson Mohawke said in an interview last year. For much of his career, it often seems like the London-via-Glasgow producer (born Ross Birchard) has defined himself by what he is not — which is a lot. The former turntablist born Ross Birchard has been inducted into the ranks of Kanye West’s G.O.O.D. Music, released bangers that literally shattered glass with Montreal beatmaker Lunice as trap boom-bappers TNGHT, and contributed a song to Apple’s MacBook Air commercial. In the context of that particular quote, Hudson Mohawke was likely referring to his 2009 full-length debut Butter, a kaleidoscopic joyride through 8-bit snippets, FlyLo-like jazz percussion, and disorienting pitch-shifted vocals. Though technically admirable, it’s clearly the work of a producer dazzled with his own impressive soundboard-throttling abilities. He matures by his 2011 EP, Satin Panthers, a collection of cinematic-minded tracks that sparkle across the universe a lot more cohesively; last year’s Chimes EP, while seemingly just a vehicle to release the TNGHT-reminiscent title track (and rapper-heavy remix), was no less enjoyable.

These efforts audibly inform — even though they are, yes, quite different from — Lantern, Hudson Mohawke’s sophomore LP. The 14-track effort staggers in its breadth, especially since the album never loses its central through line: his knack for spinning pretty, heavy, and pretty heavy tracks. The exemplary “Ryderz” opens with a dusty sample of D.J. Rogers’ 1973 soul classic “Watch Out for the Riders” before crashing down with the rattling thump of a collapsing building. Rather than distorting the singing beyond recognition (as he might have done on Lantern’s predecessors), he lets them ride out his surging beats in the background, creating a narrative song structure as opposed to a series of sound effects. Hudson Mohawke continues to play with the vocals on the next track, “Warriors,” a bizarre-on-paper but very well-executed combination of a “Holy Grail”-reminiscent piano intro, spinning-wheel synthesizers, and a chorus Deveaux’s R&B angels singing the somewhat incongruous lyrics “So fuck what they say!” And, in case you didn’t get it the first time, the sound of a plane taking off at the track’s very end is the ultimate fuck-you to the haters left behind.

But that’s not what Hudson Mohawke’s here for. Rather, Lantern seems to be a rebirth or a coming-out party of sorts, both literally and aesthetically. The album opens with an innocent-sounding young voice whisper-gasping the producer’s name, as if it’s the first thing out of her mouth upon exiting the womb; the next song (and one of the standout tracks on the record, although that’s really splitting hairs) is called, fittingly, “Very First Breath.” Vocalist Irfane, an associate of Ed Banger Records producer Breakbot, spits over one of HudMo’s standard cement-smashing boom-clap beats, calmed by a surging, celestial synthbed underlaying it all. Though it’s not necessarily anything he hasn’t done before — the rousing whistles and horns of “Scud Books” and baby-voiced percussive builds of “Shadows” bang so hard you almost don’t notice they’re practically phoned in at this point in HudMo’s career — it’s impossible not to think of new beginnings with a song title like that.

Hudson Mohawke really steps out as a producer here when he has a foil. His muffled thumps and judicious twinkles on “Indian Steps” pad along quietly behind Antony of Antony and the Johnsons’ instantly recognizable husky vibrato, which the producer wisely lets take center stage. If this track didn’t appear on HudMo’s record, it would be nearly impossible to tell it wasn’t solely Antony’s all along (clearly it bodes well for the singer’s new album, Hopelessness, which features the Scotsman behind the decks). Similarly, “Deepspace” is perfectly tailored to its guest, Miguel: Though the high-pitched synthesizer gurgles and echoing hand percussion are clearly Mohawke’s work, he kicks the crooner’s sex playlist into high gear with the rumbling double-time beats on the chorus. And then that panty-dropping guitar solo! Thank you, Miguel, for reminding us what leather jackets onstage sound like, because Mohawke certainly won’t be wearing one anytime soon. He and Jhené Aiko do falter on the largely beatless, bloodless “Resistance” — but that’s more the result of a personality clash than either’s talents. Aiko floats through her jams in a love-addled weed haze, while HudMo seems to do best on the more understated tracks (like the lilting, orchestral “Kettles”) when he’s on his own.

Lantern closes with another on-the-nose title, “Brand New World.” It’s by no means the collection’s most solid cut, but it might be the most tongue-in-cheek, with its unabashedly cheesy ’80s guitar growls and stadium-stomping beats… And, again, that same childlike voice whispering his name. But this time, it’s with the satisfied sigh of a job well done.