Let’s state the obvious: Career musicians can be dicks. Anyone consistently lauded by sycophants and basking in critical adulation would be and music journalists are keenly aware of this. (Writers can be dicks, too, but that’s a whole other article.) This acerbity is likely due to the unregulated amount of ego in the music industry — an indulgent, creative field where the muse rules all and experiences must be had for the sake of strong songwriting. It might sound cynical, but I don’t really expect longtime musicians to behave like mature, polite humans who are always rational.

In 2005, shortly after the revealing rock doc Dig! was released, perennially unpredictable Brian Jonestown Massacre frontman Anton Newcombe earned the name “Anton the Antagonist” from the Boston Globe for his volatile mid-gig antics and inter-band drama. Proclaimed feminist Ariana Grande was once overheard saying she hoped her fans would “f—king die.” Dave Grohl has called Courtney Love a “f—king ugly bitch.” Eminem had vicious things to say about his ex-wife, Kim Mathers, and his own mother on The Marshall Mathers LP. Ariel Pink once blabbed about being “maced by a feminist” in an interview. Morrissey says polarizing things all the time. As far as we know, none of their careers have been permanently tainted. Is that OK? Are these artists permitted to be successful? I guess it depends on what you deem unforgivable.

Right now the most public, pearl-clutching instance of musician pissantery is the case of Mark Kozelek, a.k.a. folk act Sun Kil Moon and the man behind ’90s mope-core band Red House Painters.

Last year, while Kozelek was playing the Ottawa Folk Festival, a nearby set by wistful-rock giants War on Drugs reportedly drowned him out. Visibly agitated, Kozelek responded by saying, “This next song is called ‘The War on Drugs Can Suck My F—king Dick.'” Kozelek went on to apologize, then take back his apology. Eventually, his fellatio-themed anthem became a proper single called “War On Drugs, Suck My Cock.” The WOD’s frontman Adam Granduciel initially stayed silent regarding the verbal/musical attack but eventually spoke up in an interview with Songs For Whoever, calling Kozelek a “f—king child.” 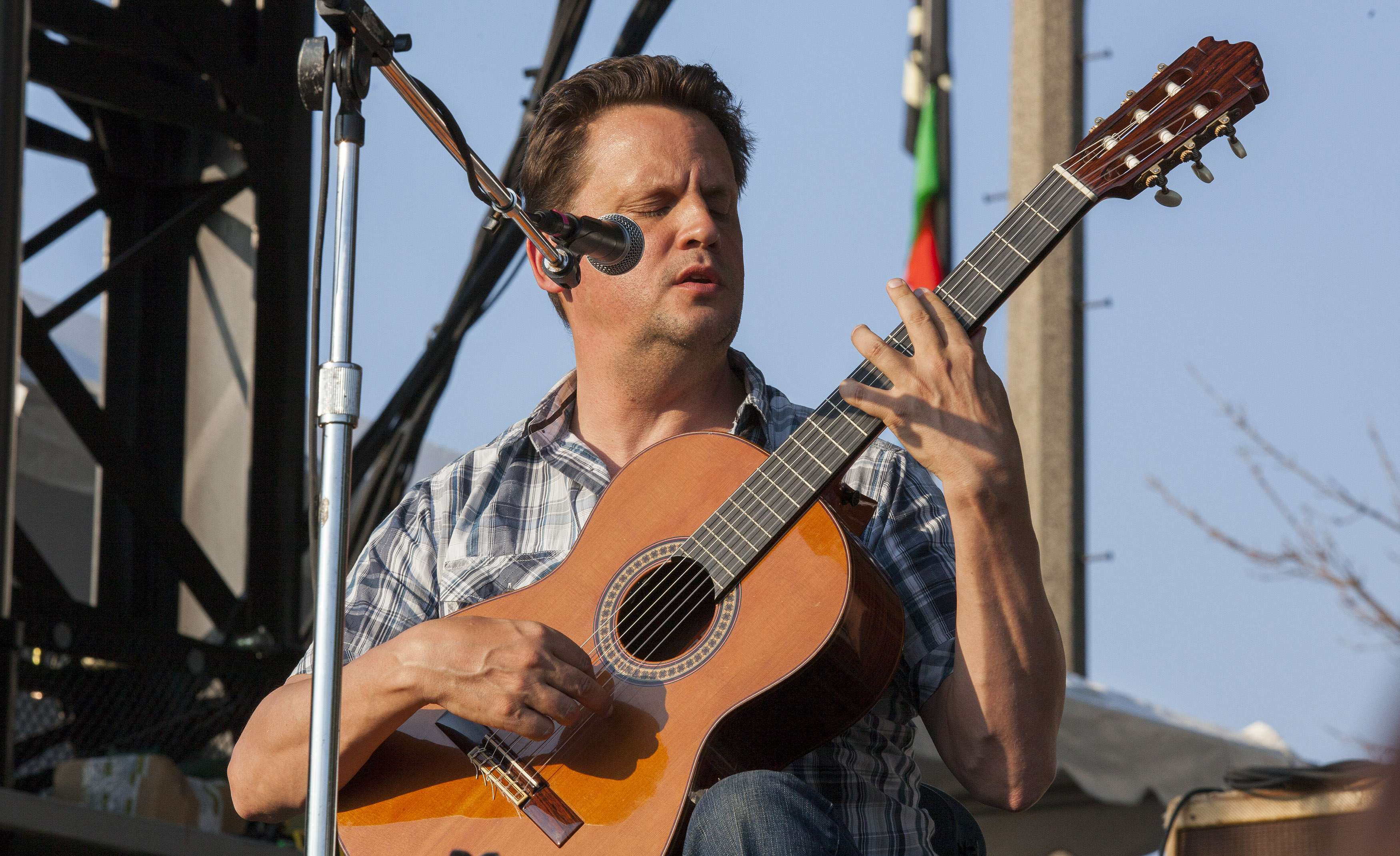 Just last week, Kozelek verbally harassed British journalist Laura Snapes during a show in London — one she wasn’t even attending. The insults, which included lyrics like “Laura Snapes totally wants to f—k me / Get in line, bitch… Laura Snapes totally wants to have my babies,” also referenced an interview request that Snapes made regarding Kozelek’s new album, Universal Themes. After asking for an in-person meeting (Kozelek has made it clear in the past that he doesn’t do them; our own December 2014 Q&A with Kozelek was conducted over email) and settling for an email correspondence, Snapes received a barbed, blatantly sexist response from Kozelek: “You think you’re the only person who wants to get a face-to-face interview with me? Get in line. I’m the best person you never met [sic] and one day, if you ever meet me, you’ll probably want to have my baby.”

Of course this latest outburst has turned some fans off. “It is long past time we stop making excuses for mark kozelek (whose music has meant a lot to me over the years). LONG PAST TIME,” tweeted music writer Jes Skolnik. “Mark Kozelek of Sun Kil Moon continues to lobby hard for the title of ‘worst person in indie music,'” chimed in Fluxblog writer Matthew Perpetua. It’s easy to understand why. How can the same person who writes such heart-in-hand poetry as “Have you forgotten how to love yourself?” and “If love is like stone / Yours was mine through to my bones” be capable of spewing such despicable vitriol about women?

Some of these discontented fans have announced that they will stop listening to Sun Kil Moon/Red House Painters entirely. Contemporary female writers have also denounced the man and declared an end to their fandom. But I’ve hesitated to pick up my own torch simply because I’m not ready. I’m too busy avoiding eye contact with the men I perceive to be a more real, immediate threat. As far as Kozelek goes, I’m still separating the music I’d loved since I was 17 from today’s man, who, like a lot of other curmudgeonly musicians, is prone to saying cruel things. Then, I’ve been asking myself, why do I feel so guilty for it?

How do we compartmentalize the art from its creator, whether that person happens to be Kozelek, Eminem, Morrissey, Ariel Pink, or anyone else who has ever had a moment of insensitivity — or in Kozelek’s case, excessive, gratuitous trolling?

Like many of my contemporaries, I came of age listening to and loving Red House Painters and Sun Kil Moon. I first became acquainted with Ghosts of the Great Highway in high school when my art teacher played it during class. Songs like the hopelessly downtrodden “Carry Me Ohio” were so pretty (“Can’t count to / All the lovers I’ve burned through / So why do I still burn for you?”) that they made my eyes water, and they turned up frequently on my weekly college radio show. A few years later, after ending an emotionally toxic long-term relationship, I dealt with the fallout by listening to Red House Painters’ Songs For a Blue Guitar track “Revelation Big Sur” on repeat.

In 2009, I moved to California for my ex. Once relocated, we went on vacation to Big Sur — a “Christmas present” that I felt was really intended more for him than me. After we broke up, he’d cry, throw fits, and tell me that I’d abandoned him by leaving our apartment in San Francisco and moving back East. At the time, Kozelek described what I couldn’t: “You’re the builder of your own high temple / And that’s the magic of your mind.” I remembered how I couldn’t stand to live with him, but had felt sick at the idea of leaving him. (“You’re the dark of our home / But still the home that I feel won’t let up.”) After I’d gone, I’d get sucked into hour-long online arguments with my ex about how and why I left, everything I’d mishandled, and how he was right and I was wrong. (“You’re my cuts that won’t heal / And this I’m certain.”) I couldn’t cut him off. Only Kozelek seemed to get why. (“Who’s the meanest / and who’s a genius / and who’s mine?”)

Of course, Sun Kil Moon’s new material moves me too. He reignited my interest with 2014’s tragic story-song suite Benji and the just-released Universal Themes. The content in each record sounds less structured and more stream-of-consciousness than the material I grew up adoring — more trance-like observations on things big and little: spending time with Justin K. Broadrick, dying possums, chatting with Swiss boxers, those WiFi-obsessed kids at his shows. The lyrics are ranty and plenty indicative of a grouchy personality, but it’s not without great depth and understanding of his surroundings. The older he gets, the more stories he’ll have for us. The downside? He’ll only get more irritable.

So, what do I do now that Kozelek has directed his infamous ire at a peer? Am I supposed to be surprised? I’m not. I didn’t need a chauvinistic email to reveal it. But are the events of the last week — year, even — supposed to make me cut ties with Red House Painters and Sun Kil Moon indefinitely? Is it my duty to embargo his music as a woman?

Bullying is wrong, I know that. I have been bullied, I have been pranked, and I’ve even had women in the industry tell me to calm down about a band being too sexually forward because “they’re just being guys in a band.” That comment felt hypocritical — wasn’t it our duty as women to protect each other from handsy jerks, whatever their profession? Women in the music industry can never have too many allies. Kozelek, no matter how many times he claims to just be joking as he calls women “bitch,” should not have said what he said.

But I’m not ready to separate from Kozelek. Everybody has their limits, but Kozelek hasn’t hit mine. Not only is he inextricably linked with my past growing pains, but he continues to comfort me in periods of depression. His music helped me when I was dealing with moving on from another relationship in my life. Right now, I reserve the frustration people express toward Kozelek for the men who stare at me on the subway, follow me home at night, or perversely approach me on the street, saying, “Hey. Would you go out with my friend?” In the scheme of things, I’m not so much concerned with what a quarrelsome musician says — for now, I care more about walking home alone from one of his shows without having to look over my shoulder.