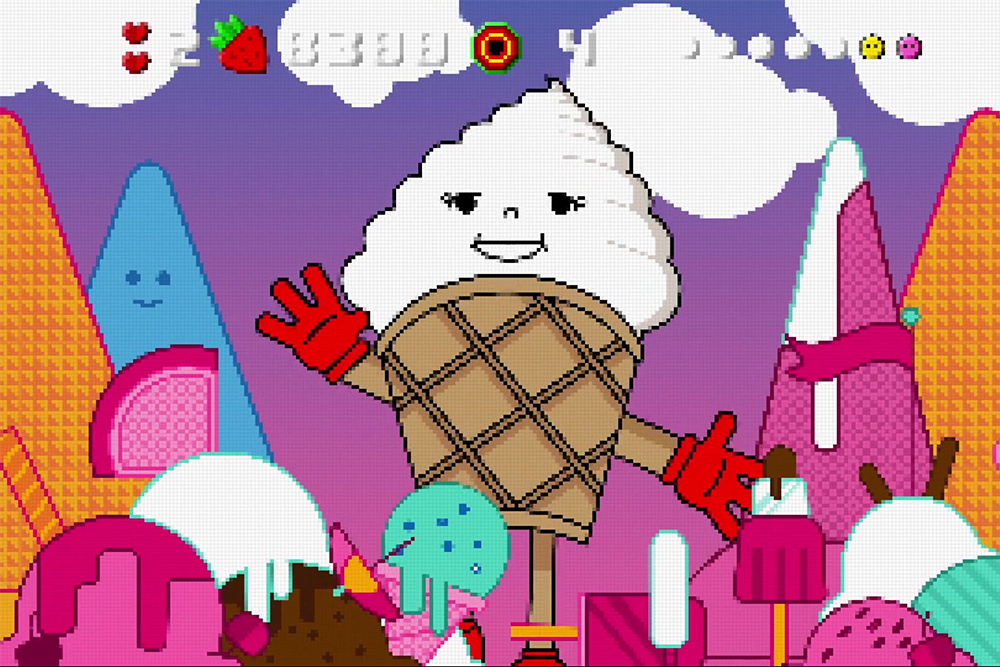 English art-rock stalwarts/ice-cream purveyors Blur, who very recently put out the highly anticipated effort The Magic Whip, got to play dress-up in their new “Ong Ong” music video, which adds another chapter to the band’s earlier “Go Out” visuals. In the Tony Hung-directed clip, our favorite smiling yellow ball travels through a pixelated, arcade game-inspired candy land to rescue his beloved lady-ball.

Over the course of his 16-bit journey, he has to face off against four bosses — the members of the band, who also appear cosplaying their characters IRL at the beginning and end of the video. Damon Albarn is, naturally, an ice-cream cone, Graham Coxon is a cockroach, Dave Rowntree is a fly, and Alex James is some crimson inflated balloon going by the name of “Mr. Red.” It looks pretty fun – maybe they should think about releasing a playable version? Watch below.