Or maybe they could call it "Blrrrrrrr" 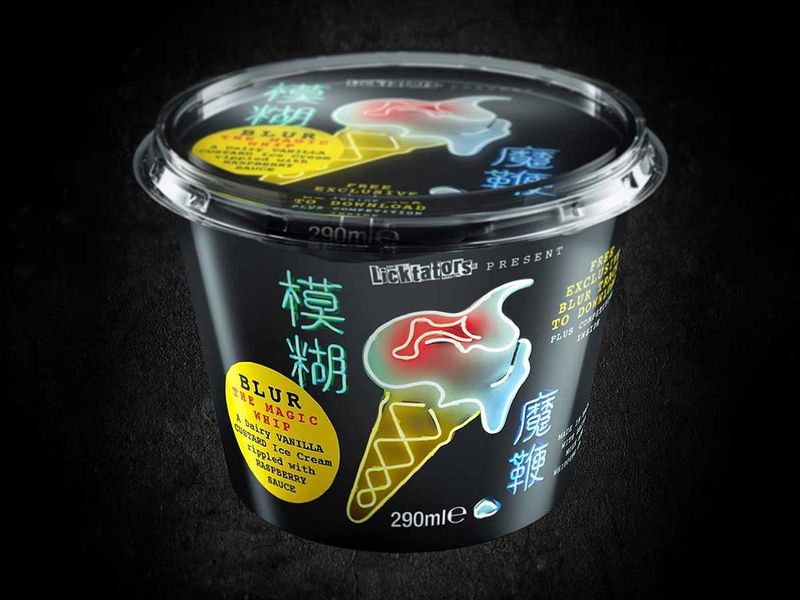 The Guardian reports that Blur will exclusively sell their own ice cream flavor at their upcoming tour. (How’s that for original merch?) For the time being though, fans can get “Magic Whip” at select London co-ops in June.

Made in conjunction with U.K. ice-cream company the Licktators, which also sells music-themed flavors such as “Jiggy Pop” and the breast milk-flavored “Baby Gaga,” “Magic Whip” will be made of vanilla custard with raspberry sauce, so as to honor the album’s artwork.