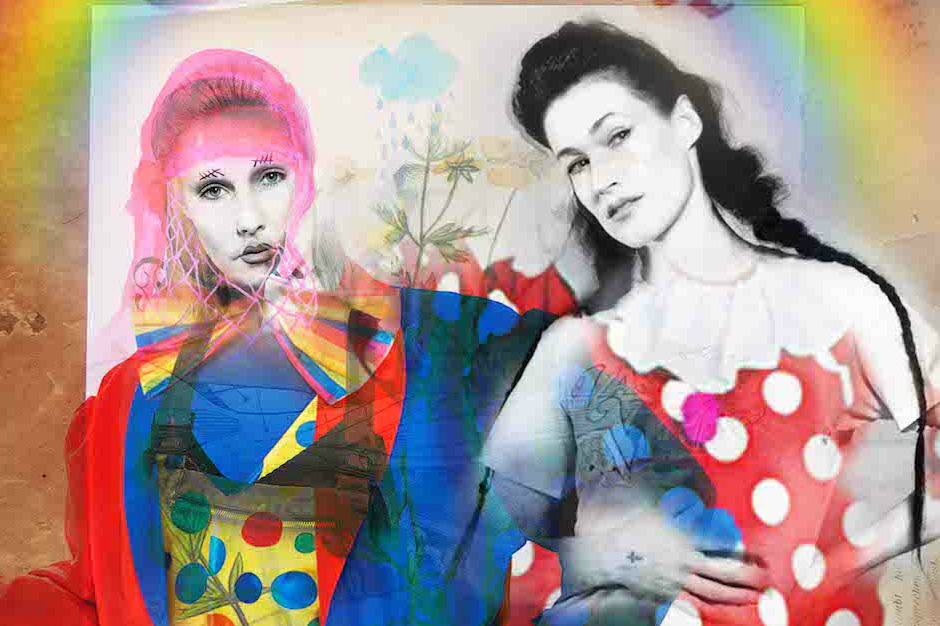 Bianca and Sierra Casady — a.k.a. CocoRosie — have announced plans to release a follow-up to 2013’s Tales of a GrassWidow. Though the album title and release date have yet to be decided, the duo shared snippets of two new songs (“Hairnet Paradise” and “Big and Black”) via a behind-the-scenes video, which you can watch below. In a statement, the sisters talk about how they worked with engineer Nicolas Kalwill and their new material will have a “dusty southern feel with old-timey poetry.” The girls have also shared a series of upcoming tour dates, also available below.

Going back to a ‘4-track’ style approach, we limited ourselves to essential, acoustic accompaniment, played by us, and select percussion, toys from our old suit cases dating back to the La Maison days. Unlike our more psychedelic/electronic explorations of the last two records, our latest songs have a dusty southern feel with old-timey poetry. We ended up in Argentina where we finished the recordings and mixed the record with engineer Nicolas Kalwill with whom we’ve worked on two previous records. The spirit of Buenos Aires added to our already teen-romance-nostalgic-mood where we spontaneously shot a music video casting over 30 local girls.