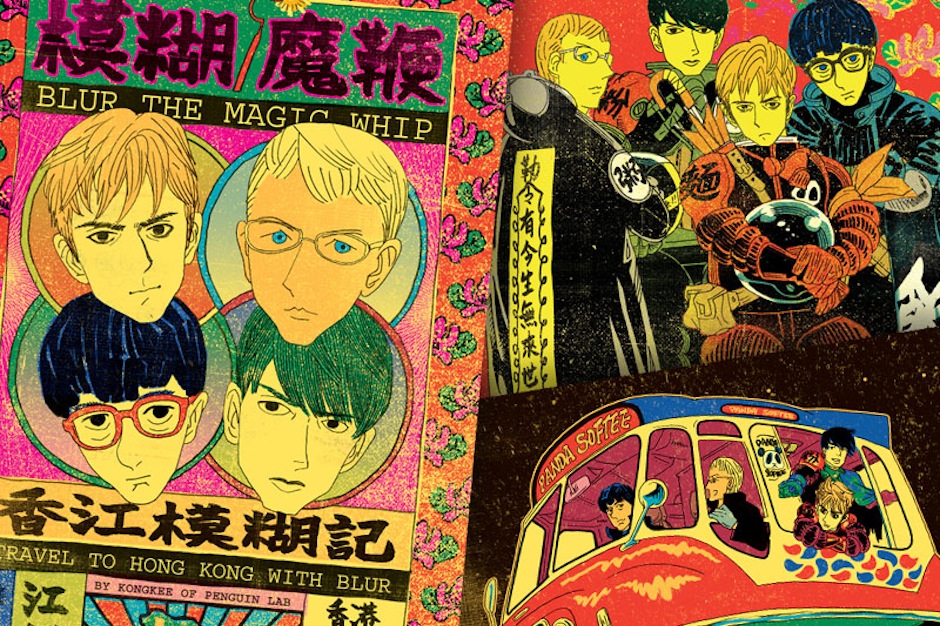 Blur released their first album in over a decade The Magic Whip earlier this year. That record was recorded in and inspired by Hong Kong, and now the band will pay further tribute to that locale with a new comic called Travel to Hong Kong With Blur. An artist called KongKee, who is a part of the Hong Kong studio Penguin Lab, was solicited by the band’s manager to create the original book.

The comic will be available in full on the band’s webstore on June 12, but for now there’s a behind-the-scenes interview with KongKee, which details the process of working hand-in-hand with the band to create the book.