YG, Freeway, and the LOX Cameo During Erykah Badu’s Set at Roots Picnic 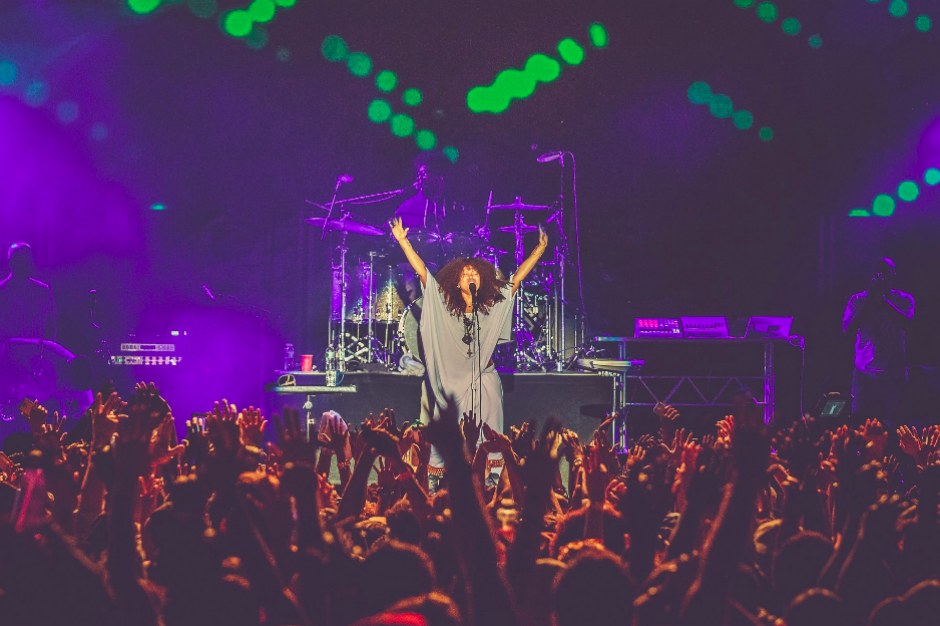 Update: Full professional footage from Erykah Badu and the Roots’ performance of “Love of My Life” surfaced Wednesday, June 24. In this new clip, Badu and the crew can be seen interpolating segments from Grandmaster Flash’s “The Message,” Wu-Tang Clan’s “C.R.E.A.M.,” and Kanye West’s “Gold Digger,” in addition to the previously noted tracks. Watch it below.

The 8th Annual Roots Picnic went down in Philadelphia last night, with performers including A$AP Rocky, The Weeknd and Phantogram. The band themselves were on hand to support headliner Erykah Badu, who brought out some special guests during a performance of her own “Love of My Life (An Ode to Hip-Hop).” Compton rapper YG came out to play 2013’s smash “My Ni–a,” then New York trio LOX graced the stage to do ’90s classics “It’s All About the Benjamins” and “Money, Power & Respect,” and local legend Freeway capped the medley with a rendition of the signature State Property track “Roc the Mic.”

Watch fan video of some of the YG and LOX performances below, along with Instagram clips of “Money, Power & Respect” and “Roc the Mic.”