Review: Ciara’s (Lack of) Future Is So Bright She Doesn’t Need Shade on ‘Jackie’ 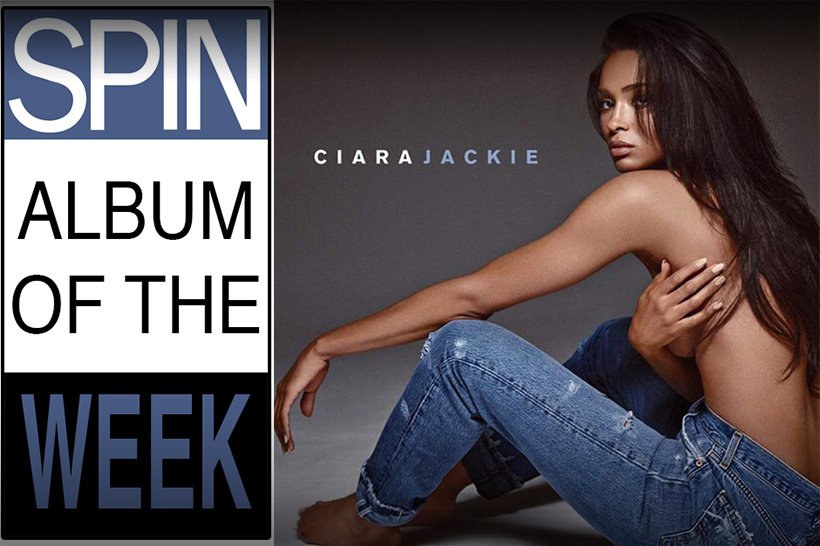 Forgive this one: Ciara is like the Bernie Sanders of R&B. Her mononym (and title of her previous album) for once reflect a keep-it-simple-stupid ethos rather than a desire to hear it in households, which for Cici is medium at best. After allegedly philandering ex-fianceé Future excreted one of the most ill-advised diss tracks ever, “Pussy Overrated,” she ignored it and named her sixth album Jackie after her mother because she’s one now too — instead of, like, Past. She’s been campaigning for years on just the facts.

If you must, say that Beyoncé is Hillary to complete the obvious analogy, but the former “Princess of Crunk & B” (as Lil Jon once said of a dubious genre that she’s outlived) is content to make her (sole) name by foregrounding what matters most: buoyant melodies and arrangements so unconcerned with hip that 2013’s “Read My Lips” bore a resemblance to Collective fucking Soul’s “Shine,” and current 2015 highlight “I Bet” boasts liquid acoustic guitar and snapping drums that sound closer to Monica’s “Angel of Mine” or something that Mrs. Knowles-Carter might have done when she was still in a group. Only co-author Theron Thomas’ Migos-like vocal interjections give away how new the track actually is. It’s not that “I Bet” is so amazing because it’s relatively old-fashioned, it’s amazing because you’ll ruin it for yourself in the shower once a week.

Ciara’s even a model at body politicking: At 18 she coyly rebranded her tits “Goodies” on her first hit of the same name (because they stay in the jar, she winked), and almost a decade after toiling in an industry that’s as hard on young black women as any other, she still considered sex a profound pleasure on the hands-y “Body Party” — as in “Your body is my party.” You’d never know from her coolly sensual tunes that this was someone exasperatedly relieved to have lost 60 pounds post-pregnancy.

Even her most invective track, 2006’s incredible “Like a Boy,” simply asked calm questions about a cheater’s exploits and what kind of double standard he expects going forward, while a chopped-and-screwed taunt implied that the scrub wasn’t taking it well. You might say that she could see the Future. The trickily enjambed, vibrantly harmonized “I Bet” indeed hinges on a similar premise and does away with it: “I bet you’ll start loving me / Soon as I start loving someone else / Somebody better than you.” It’s “Irreplaceable” made vulnerable, its vengeful wit notched down to an all-too-aware sigh. There’s no “he’ll be here in a minute” because CiCi doesn’t pretend that her problems are suddenly solved, that she didn’t just have a baby with the creep. She could walk the Sahara without getting thirsty.

The other reason the album’s named Jackie is so the 29-year-old singer can spend both parts of the title tune growling repeatedly that her mom’s a “bad motherfucker” — there’s plenty of time for old-fashioned after she’s finished exorcising a five-minute zest for drum’n’bass and whoa-oh harmonies. Then the Miami bass-inspired, lets-get-it popper “That’s How I’m Feelin'” brings out an ailing Missy Elliott who still sounds healthier than Pitbull and the twisted “Lullaby” gleefully uses a metaphor that’s unbecoming of a new mom to put her new man to bed tonight. “I don’t mind being your freak,” she shrugs, and thank the DGAF gods.

It bodes well for her family that “Dance Like We’re Making Love” and the house-y “Give Me Love” (“or nothing at all”) are as positive about hooks as they are about sex, and “Kiss & Tell” is slinky enough to make keeping secrets sound fun rather than a necessity of celebrity sex. “Fly” proves you can still dance to “Planet Rock” with its ’80s electro sample, and the zwurpingly odd Squarepusher chords and Skrillex sonics of the pounding, penultimate “One Woman Army” hark back to Britney Spears’ own MILF-mirrorball masterwork Femme Fatale, which is exactly where the album should end.

Instead we learn of her weakness for two brutal no-nos, Auto-Tuned babies and Diane Warren, on actual closer “I Got You.” Ciara probably has more hits overall, juiced by the euphoria flowing from “Body Party” and the salacious Nicki Minaj on a couple big standouts. But the strong-heeled Jackie is far from conservative, and possibly more daring, with three of the year’s best songs at the very top, middle, and bottom (“Jackie [B.M.F.],” “I Bet,” “One Woman Army”), which couldn’t be more different from each other. She’s every woman: mother, lover, bad motherfucker.