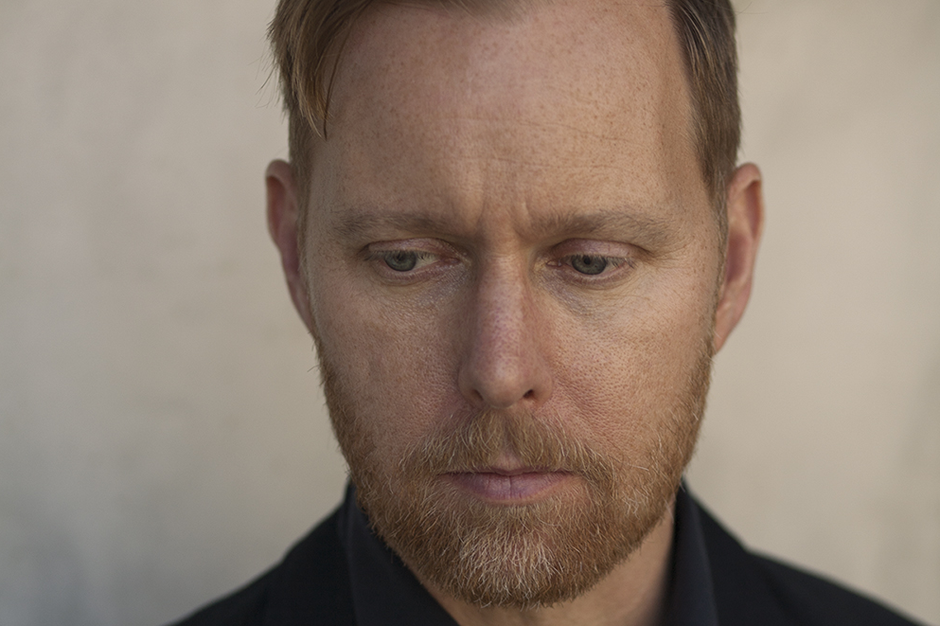 Nate Mendel is not used to the spotlight. “I’ve always been really comfortable being a sideman — a part of the band,” the former Sunny Day Real Estate and current Foo Fighters bassist tells SPIN in the lobby of an Austin, Texas Hilton. “I always thought it fit in well with my personality, but I’m always trying to assert more into a song than it really calls for,” he continues. “So I thought, ‘Why don’t I just take that energy and see if I can take it all the way into writing a full song?'” Penning one track evolved into more material, and Mendel — who has always been a bassist first — picked up more instruments, like the guitar and keyboard, and created a melody-heavy solo project called Lieutenant.

With his recently released debut album, If I Kill This Thing We’re All Going to Eat for a Week, Mendel is learning (albeit slowly — he still has myriad Foo duties to tackle) about the sometimes vexing intricacies of striking out on your own. Below, Mendel talks balancing his time between projects, learning to be a group’s primary decision-maker, and how to take center stage as Lieutenant.

Foo Fighters is still more or less actively promoting Sonic Highways. How has it been balancing that and Lieutenant?
Well, it’s tricky right now because Foo Fighters just put out the record last fall. We just got back from Australia last week, and we’re about to take off on our European tour. This is my one window to go out and play shows and put out this record. That’s just kind of what I have to work with. That’s just the way timing worked out — my record took longer to make than I thought.

While you were traveling around the country filming the show Sonic Highways, did you have a favorite city you visited?
Everybody liked learning about New Orleans. In the past, we’d only be there for 24 hours and goof off in the French Quarter. We’d see people throwing up on the street, a couple of live bands, and we’d be like, “Oh wow, they put the graves on top of the ground here.” That’s it.

But because we were there for a week [filming Sonic Highways], we got to spend time with the people who live there and play there. We got to know the history and play jazz with some of these guys. We actually got a horn section from Preservation Hall on the song “In the Clear.” The bass player in that band sat down with me for a while and showed me a little bit how to play jazz like they do. Trombone Shorty came by and jammed with us. We just got a feel for, especially post-Katrina, what’s happening there — just get to know and appreciate the scene for the unique and awesome place that it is.

What made you want to create music solo?
I wanted to write songs. I wanted to know what it was like to do music from the other side… That necessitated into singing and becoming better at guitar, which has been really fun to do. I’m not really a guitar player/multi-instrumentalist sort of person, but I’m picking some things up. The thing that’s really cool about it too, is not just writing songs, but there is much more that a band can be. You can do whatever you want. I like that. If I’m in control of it, any weird or dumb-ass idea that I have, I can turn that into something that is a part of what is Lieutenant.

Where did the name Lieutenant came from?
That just popped into my head. I think I liked it and reacted to it because it’s almost like the word “moose” or something like that. Like a word that is singular but is also kind of plural at the same time. I like that kind of cool look at it. But it has no specific meaning. I’m not a military historian or anything like that.

Is it scary taking the lead in a band’s decision-making process?
It is to a point. But in all honesty, I have the backdrop of having another band to function in. If I fuck up and the record turns out bad, or I don’t enjoy doing this, or nobody responds to it, I can decide, “Well, what’s the point?” In any of those scenarios, I can always stop doing this and go do something else and still continue to play music. But of course, yeah, putting something out in the world that’s, like, artistically shitty or embarrassing is on me. But we have short attention spans. You end up second-guessing yourself, and nothing will happen.

How different is it writing material for Lieutenant, as opposed to writing in Sunny Day Real Estate or Foo Fighters?
It’s not even close. As a bass player, even on Sunny Day — which was more collaborative than the Foo Fighters — we’d sit in a room and do more traditional band songwriting, where you just play around with ideas. You bounce things off each other and try things out, throw it out if it’s not working — like trial and error. Writing my own stuff is completely different because it’s just me in a room.

When did you find time to write the material for the record?
On the road. I started out by learning how to play keyboard a little bit. I just started playing the keyboard, sit in my room and practice scales and come up with guitar ideas and record those. I have a big backlog of song ideas, and after a while just picked the ones that I thought were the most promising and just focused on finishing those.

That sounds tiring — bouncing from thing to thing.
It is right now. Looking towards the future and thinking like, “How could this work? What would this be?” What I’d like to do is have lots of time where we’re doing Foo Fighters work, and when we take our inevitable breaks and concentrate on another band. Doing two at the same time is a necessity right now, but it’s not how it normally works.

But yeah, I got back from Australia a week ago, I played a show with the Foo Fighters on Tuesday night, and that morning I made video for Lieutenant. Then the next morning, we were [in Austin] playing a show [as Lieutenant]. It’s not the best environment for making music, right? The show we played last night was all right, but I’d rather be better than all right. I need a little bit more time for that to blossom.

The name of the record is unusual. Why If I Kill This Thing We’re All Going to Eat for a Week? It sounds like hunting and gathering.
Yeah, there is a kind of Neanderthal, out-on-the-frontier kind of aspect to it. Thankfully, I didn’t have to sit in a room and ponder, “What am I going to name the record?” I was having a conversation with a funny friend of mine and that came up. He just threw that out in the course of telling a story, and I knew right away that I was going to name the album.

Maybe that’s what this Lieutenant project is. Doing what I’m doing for a long time is great, but it’s not going to sustain me for an eternity. You have to justify your reason for being.

How’s it been from a financial perspective — transitioning from an internationally recognized rock band to a less-funded solo project?
Well, I’m about to figure it out. I’m going on tour right now with Lieutenant and funding it and losing my ass. I want to be self-sufficient, so I’m going to have to learn. With Foo Fighters, my main experience in music for the last 20 years is we got fortunate. When record-sales income disappeared, we started playing bigger and bigger shows so we don’t lose money on tour. We make money on shows, and that’s how we support ourselves. That’s great. Bands have always played shows. What are they going to do? Play three times as many shows? There’s going to be three times as many bands out there? How does that make sense economically? Fortunately for us, we’ve played the same number of shows and people come. I’m not going to quit doing Lieutenant, and I’m not going to continue losing money. So I gotta figure something out.

In any case, it’s great that you’ve found a fulfilling outlet for any discretionary income you might have.
Yeah, and that’s why. Wealth generates assholes. I wrote a song on the record about what happens with wealth. When people become wealthy, it seems, that distancing yourself from other people — it’s all about exclusion. We want the most remote and exclusive holiday. We want a house that has a big driveway. We want a private charter plane. It’s all about going to private schools. You just remove yourself from the prime of life, when you can do anything in time. I try to be conscious of that in my own life. You have the privilege of having the means to do of whatever you want. Don’t just follow the standard path of gilding your life.

Are there other side projects around that you admire?
I like what Father John Misty is doing. I think he’s really great, and I know that he had a rough time with Fleet Foxes, and then he did his own thing. He’s done really great work, but he’s fairly bold as an artist. I like that. He takes chances and he lets his freak flag fly.