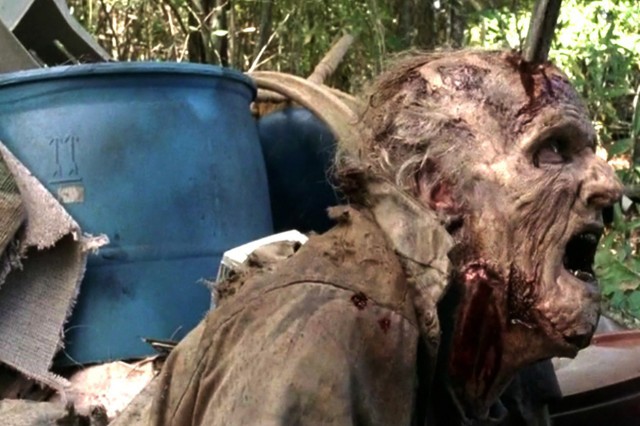 There are as few things as metal as slaying a monster in a post apocalyptic wasteland. Unfortunately, Anthrax’s Scott Ian wasn’t the one doing the killing in last night’s episode of The Walking Dead, where he played a decaying zombie in a cameo appearance. Ian’s gross walker was only on screen for a little bit before one of the main characters, Carl Grimes, impaled him with a metal pole, making him just plain old dead instead of undead. It was actually Ian’s second appearance as an undead monster on the show — in 2011 he played a less-rotten walker in a webisode. (h/t Uproxx)