SPIN Metal Report: The Body and Thou Team Up Viciously, Black Cilice Ooze to the Forefront

Plus: Worthy and punishing new albums from Death Karma, Ascension and Fórn 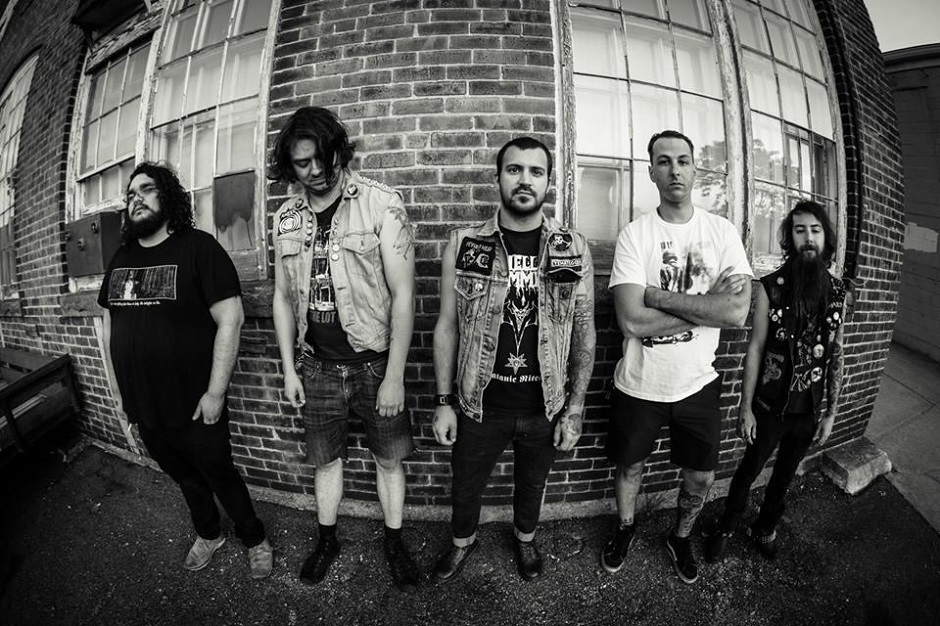 Last year was a strong one for metal — extreme and otherwise — but the world keeps turning, bands keep writing, and the rent is still due. We’ve barely gotten past the honeymoon stage with 2015, but the first quarter already features a bevy of new records from trustworthy old-timers and intriguing new blood. With love to quality entries from Blind Guardian, Exhumed, and MisÞyrming, here are the best new metal releases of the young year thus far.

The Body and Thou, You, Whom I Have Always Hated (Thrill Jockey)
Thanks to their shared, self-assigned task of redefining what “doom metal” can be, the Body and Thou are two of the most important names in extreme music right now; critics love them, fans really love them, and best of all, the two entities love each other. You, Whom I Have Always Hated packages together six new songs with Released from Love, a limited collaborative EP the superduo released in 2014. It sees their respective chaos energies feeding off one another to culminate in a 50-minute-long ouroborosian orgy of feedback, fuzz, debilitating riffs, and nerve-wracking noise. Their mutual love for industrial surfaces in a chilling Nine Inch Nails cover, and their buried, sludgy roots often lumber into view. Every note sounds instinctual, every moment fluid; this is what happens when good friends come together to watch the world burn.

Black Cilice, Mysteries (Iron Bonehead)
Black Cilice has remained willfully esoteric for the entirety of their existence, but now that they’ve sworn allegiance to the underground darlings at the Iron Bonehead label, those days are numbered. With Mysteries, this Portuguese entity has recorded its best album yet, and one of 2015’s early triumphs. This kind of raw, atmospheric black metal harkens back to when the genre was still wet with afterbirth. Here, simplicity is paramount, though there’s more to these songs than one might immediately assume from the lo-fi production and stark aesthetic. Its melodies stagger through storms of wicked tremolo, slicing through the hypnotically repetitive riffs like a scythe. Mysteries may demand complete attention in order to unlock its secrets, but luckily for Black Cilice — and for us — it’s worth it.

Death Karma, The History of Death & Burial Rituals Part I (Iron Bonehead)
Death Karma may share members with the much-hyped (and wholly excellent) Cult of Fire, but this Czech black/death cult has successfully established itself on its first full-length as a standalone act. The band sets itself apart from its peers by focusing on the corporeal aspects of death in a novel manner there’s no gore or severed heads (or overly complex Gnostic philosophizing); rather, this aptly titled LP explores various death rituals from around the world, from China’s hanging coffins to their own homeland’s “death boards.” The music itself is just as interesting; the band builds upon a solid black/death foundation, incorporating swathes of gothic doom, epic atmospheric passages, and tastefully muted Second Wave synth. It’s a marked progression from their murky 2013 debut EP, and one of the young year’s most genuinely interesting releases.

Fórn, The Departure of Consciousness (Gilead)
Rarely does a debut album spring forth from the womb so fully-formed and vital as Fórn’s The Departure of Consciousness. This Boston outfit labored in obscurity for several years before catching the attention of the tastemakers at Vendetta Records and Gilead Media, and have truly arrived on this devastating song cycle. The album’s six tense, foreboding compositions take their cues from Thou’s poisonous sludge and funeral doom’s lightless melancholia in equal measure, and come punctuated by sparse, blood-curdling howls. Elephantine riffs like the backbone of “Gates of the Astral Plane” feel positively cosmic in scope when subjected to this level of desperate, dire intensity. This album drags listeners into the utter depths of despair then leaves them there, alone, as the last light winks out.

Ascension, The Dead of the World (Season of Mist)
Now that the waves of underground adulation that greeted its first few releases have calmed, this German black metal unit still has plenty to prove on its second full-length (originally released by World Terror Committee, its reissue marks the band’s first release for heavyweight indie label Seasons of Mist). The Dead of the World holds firm to the orthodox occult black metal machinations we’ve come to expect; the Funeral Mist comparisons remain apt, and Watain fans hungering for a deeper evil would do well to investigate herein. As the extreme metal landscape changes around them, though, Ascension’s focus remains on waging utter aural warfare. When Necros Christos throat Morsa Dalos Ra strides in on “Mortui Mundi” to close out the proceedings, you can almost feel the earth tremble.