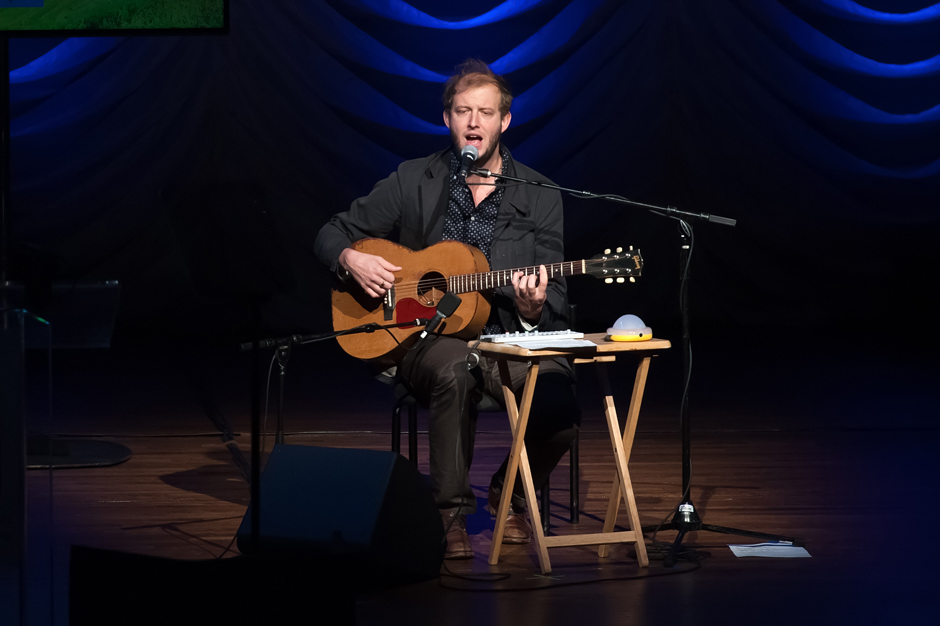 Bon Iver’s Justin Vernon has just announced the full lineup for the first annual Eaux Claires Music and Art Festival, and for a debut event, it’s a pretty stacked bill. Vernon’s band will, of course, headline the affair, with appearances by Sylvan Esso, Spoon, Sturgill Simpson, the Tallest Man on Earth, Liturgy, and the National as well.

“We at Eaux Claires have been driven by the idea that our festival would encourage music-genre-walls to melt away,” Vernon said in a statement. “That the barriers between the stage and the audience altered, and expression and experience put above all. We have put so much thought into who should collaborate at this festival, from musicians to actors, filmmakers to visual artists. We will all share and revel in this collision of artistic force while performing in the arms of our own Chippewa River Valley.”

Set to be held in Eau Claire, Wisconsin, on July 17 and 18, the festival also boosts an appearance by the Indigo Girls performing Swamp Ophelia in fulll, as well as sets by Boys Noize, Blind Boys of Alabama, Hiss Golden Messenger, and more. Check out the full lineup below, with tickets onsale tomorrow at noon CST ($135 GA for the weekend, VIP at $250).