"Wandering Star" is an especially easygoing and dreamy tune 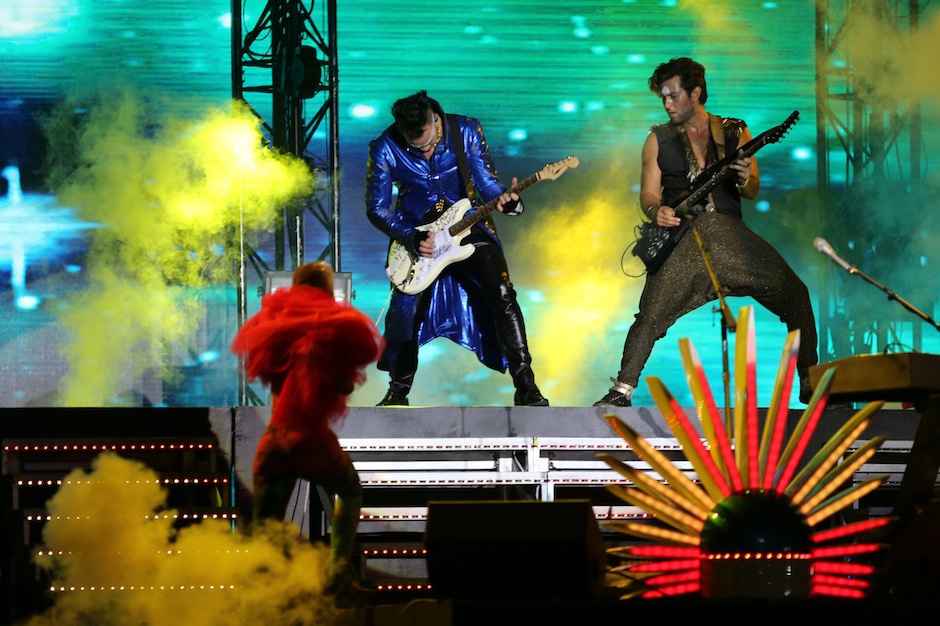 Empire of the Sun have just shared a new contribution to the Dumb and Dumber To soundtrack. “Wandering Star” is surprisingly sleepy, given the band’s usual flourishes and the proudly low-brow slapstick of the movie. The track floats around pretty casually through its valleys — never really making any attempt to scale the mountains. It’s pleasant, but one wonders how its contemplative laziness really fits with the madcap Dumb and Dumber To.

The Australian duo were in charge of the movie’s soundtrack, and also included their much more confident and uplifting song “Alive,” from last year’s Ice on the Dune. A third song, “Tonight” also appears in the film. Listen to “Wandering Star” below.