Going Far Out With Empire of the Sun

Home » Features » Interviews » Going Far Out With Empire of the Sun

In 2008, Australians Nick Littlemore of electronic act Pnau and Luke Steele of folk-rockers Sleepy Jackson ditched whatever presumably normal duds they used to wear in favor of neon smocks and pseudo-tribal headgear and became Empire of the Sun. The sci-fi guise was a success, as the duo’s beat-heavy debut, Walking on a Dream, was certified gold in the United States. The saga continues on the follow-up, Ice on a Dune (Astralwerks), out June 18.

SPIN had a (somewhat) clarifying conversation with the fanciful Littlemore and extremely reticent Steele during a visit to Manhattan shortly before the album’s release.

What do you have to say now that you didn’t say on the first album?
Nick Littlemore: There was an elephant in the room, so to speak, and it was due to the fact that Luke had been on the road for three years touring and I wasn’t a part of that. That’s something we addressed lyrically in a subtle way, but there is the notion of the tyranny of distance we experienced. The first time around we didn’t have that experience, we were living in Australia.

You didn’t think it’d be problematic for one of you to stay home while the other went on tour?
Luke Steele: We had a lot of resilience, you know?
Littlemore: As an artist, where do you conjure these concepts? They come through you instead of through cognitive thought. 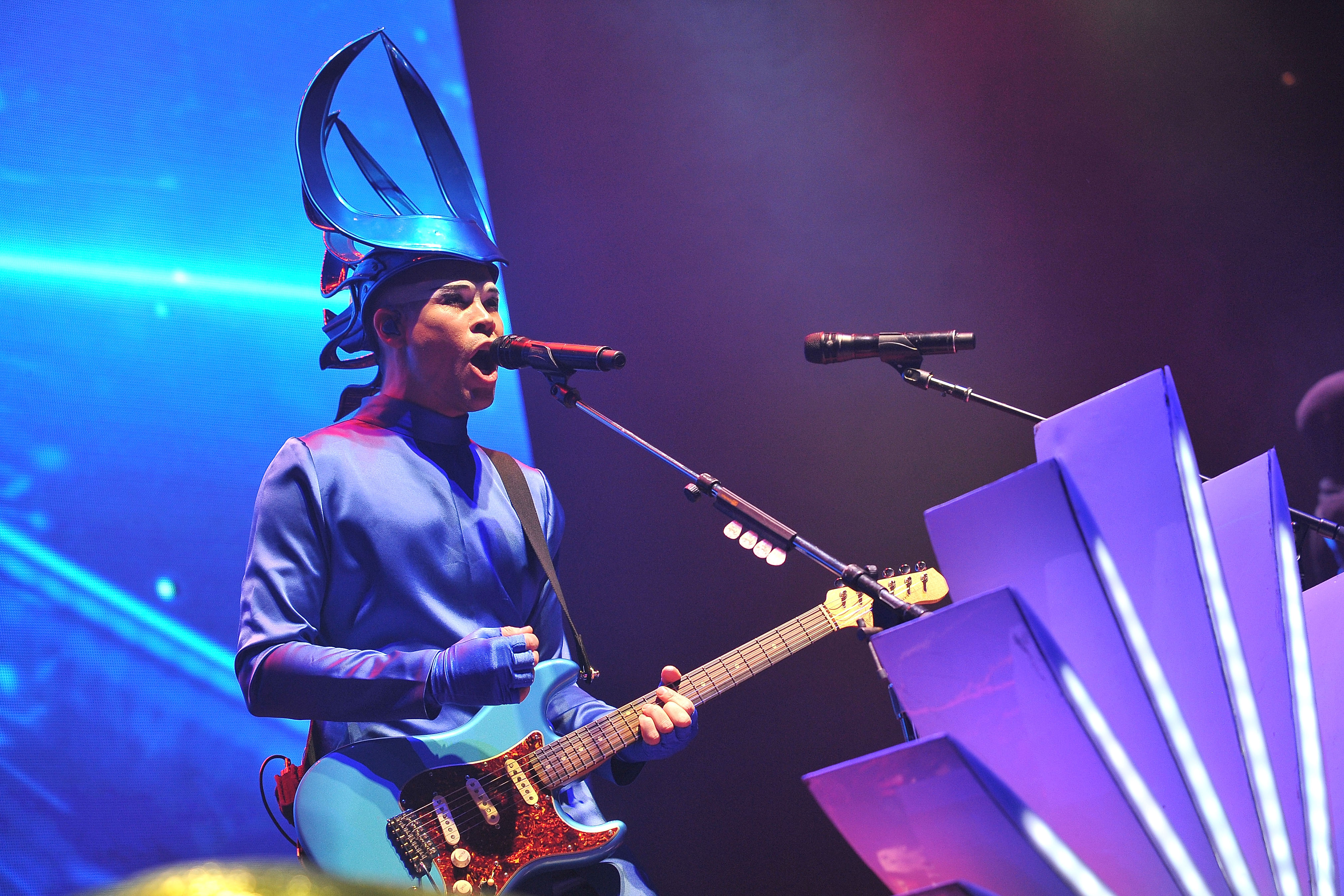 Right. What do you think your audience wants from you?
Littlemore: When we got together to make the first record, it was this explosion of color and light. Obviously we had aspirations, but [the success of Walking on a Dream] blew away our understanding of how big it could have been. And we did want to address the fact that now we had an audience that we didn’t have before, and we wanted to serve that audience. We wanted to make music that would fit into that world we created, and there are people out there that call themselves “Empirians” now, which is pretty wild.

What makes someone an Empirian?
Littlemore: A large part of Empire is its positive outlook. The energy we give out to audiences is integral to what makes us exist and makes us successful. And we wanted to continue to do that and inspire the audience and give something beautiful and uplifting to them. We’re not here unless they’re here.

That’s a good point.
Littlemore: This thing we invented, we made these crazy costumes and people believed it! This is a real thing. These are living beings we’ve created. We serve those masters we created. It kind of dictated us, so to speak. We were led by our own creations, like Frankenstein.

Have you guys ever read Dune? For some reason, you remind me of Dune.
Steele: No.
Littlemore: There was nothing specific [that influenced the band]. The first time around we did see [Alejandro Jodorowsky’s 1973 psychedelic film] Holy Mountain and it influenced the way we could think about visualization. We both went to art school and are very well-versed in artists and movements, but I don’t think there’s one specific thing.
Steele: There’s different landscapes we caught in New Zealand, Miami, did a bunch of time in New York.

You talk about the positivity and visuals, but isn’t there an element of crass button-pushing with the music? Like, if you put happy beats on top of chirpy melodies, aren’t you guaranteeing a certain reaction?
Littlemore: The first time around, we were so overwhelmed by the colors we were creating that we decided to let it lead the creativity. This time around, we felt more confident. We wanted to make an aspirational record — that was a considered decision, to put a positive force out there and let this fucking color explode. I keep coming back to positivity, but it’s really what we’re here to do: put positive messages out to the world. More than ever, we need that.
Steele: I think we worked to keep what was so special about Empire the first time. We didn’t want to be too far from the formula.

There’s such an emphasis on bright color in your live shows and album art and videos. Would I be right in guessing that you guys have synesthesia?
Littlemore: I thought I did at this one performance at the Pompadour in Paris. I think everyone has it a little bit. There was a guy I met who was albino, and quite a strange individual, and maybe he did have synesthesia.

How much of your success is about beats and how much is the presentation?
Littlemore: I think we could do a beatless record. I really do. When we actually first got together [to record] in New York, we were working at a studio that was run by blind people, and we did quite ambient stuff with just voice, and some strings. It was absolutely beautiful. We will meet that place at some point, but at the moment, we’re having too much fun dancing.
Steele: [Empire of the Sun is] a beautiful sound, and it’s kind of like the country song; the low end, pretty hard-hitting, makes it modern.

You recorded at a studio for the blind?
Littlemore: It was pretty wild. It was fitting with the band to have this surreal entry back into the world. It was good to do something like that. We like going to odd places, so we’re a product of our environments. Same with the videos; we’d go to these wild towns in Mexico.

What difference does being in Mexico make if you’re inside a studio?
Littlemore: I think it’s as much when you’re walking there, when you’re getting food or coffee, that you get that sight. But there’s that great TED talk by Elizabeth Gilbert about “the genie living in the wall” — maybe you have a bad day at the studio because the genie was feeling like shit, not because we’re not great artists.

Do you guys have a fictional back story of the band written down somewhere? Is there a third album in this?
Littlemore: Actually, there’s a lot of new stuff that we wrote. We’ll see if it’s going to be a film or a stage play or whatever, but there is a larger journey at stake. We used to call [Empire of the Sun] a psychedelic road movie. We even wrote a treatment for the first record, and this time around, we worked more with characterization and with Luke’s power being stolen by the King of Shadows. In the process of his power being stolen, all the trees uproot and bury their heads in the sand and all the rivers turn to ice.

Empire of the Sun, The Inquisition