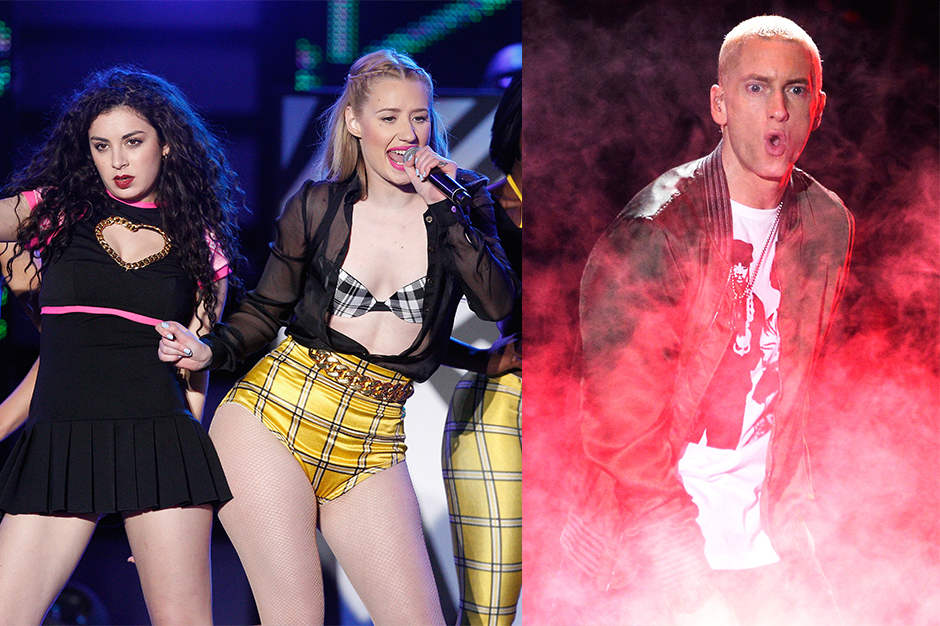 Charli XCX had some harsh words for Eminem following the rapper’s icky threat to rape Iggy Azalea on his song “Vegas,” off of his new release, SHADY XV. Speaking to Australia’s Famous magazine, Charli defended her ‘Fancy” collaborator, saying Eminem’s line “wasn’t a diss — that was a threat!”

“It was disgusting, and totally Eminem,” Charli said in the interview. “He has a history of provocative lyrics, so it’s hardly surprising, but still intensely shocking.” Back in November Azalea responded to the controversy by tweeting that she was “bored of the old men threatening young women as entertainment trend,” before going on to definitively state that “women in music have the bigger balls anyhow.”

“Iggy’s a classy lady and she rose above it,” Charli told Famous.

In other Charli news, three tracks from her upcoming album Sucker leaked over the weekend. Listen to the noisy-pop songs “Caught In The Middle,” “Die Tonight,” and “Famous” below.

“Caught In The Middle”