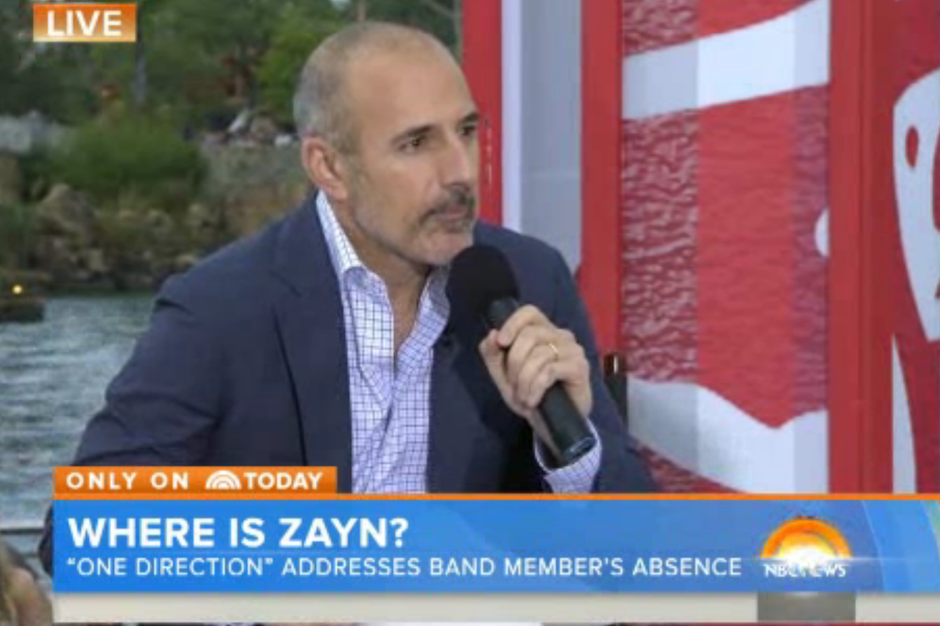 One Direction fans will eat you alive if you speak ill of Harry, Niall, Liam, Louis, or Zayn. Jon Stewart learned this the hard way when he made a throwaway joke about the boy band being a terrorist group on the Daily Show earlier this fall. Now fans are directing their ire toward’s Today’s Matt Lauer for having the gall to ask if Zayn Malik had to miss their album release show yesterday because of drug use. “Is it something more serious than just a minor illness?,” he asked the other four band members on Monday morning. “There have been rumors of substance abuse — what’s going on?”

Liam said Zayn “just had a tummy ache,” and Zayn, was, understandably, a little peeved about being accused of having a debilitating drug problem on national TV. “I’m really angry and upset by what was said on The Today Show,” he told The Sun. “I was really ill at the weekend, that’s why I couldn’t fly to America.”

Lauer’s question was probably a response to rumors spurred by a video that allegedly showed Zayn and Louis smoking a joint in Peru. On the one hand, good for Lauer for following his journalistic instincts and asking The Hard Questions in search of the truth. On the other hand, possessing marijuana for personal use is legal in Peru, so maybe back off? That’s certainly what fans think, and though they’re a little hyperbolic, they’re not entirely wrong for being mad as the line of questioning.

Dear media, Go drink some acid. Acid will help you to think before you spread rumours about Zayn when he’s/was SICK. Love, 1D fans