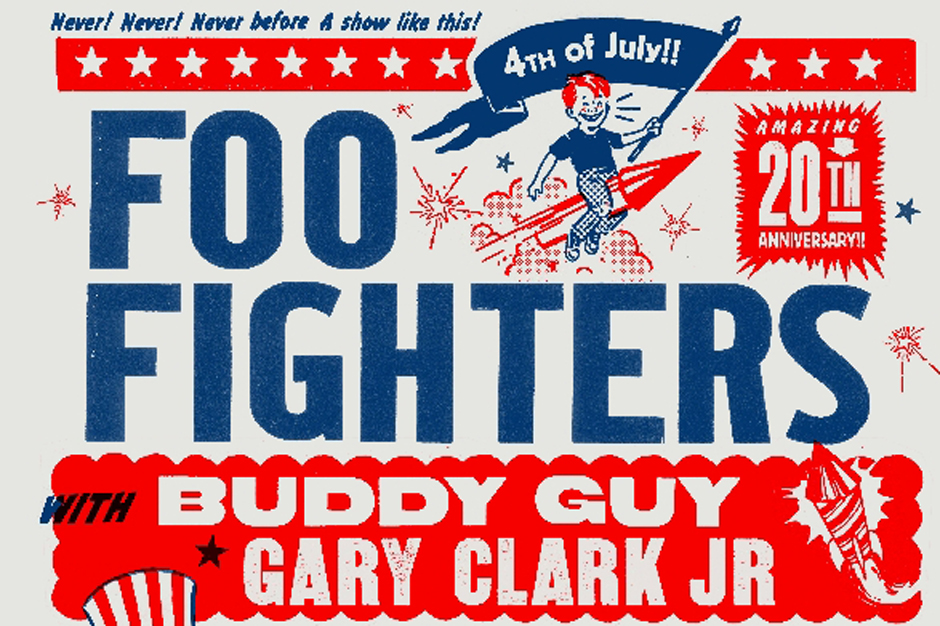 Next July 4, the Foo Fighters will celebrate their 20th anniversary with a massive, star-studded concert in Washington, D.C. with a little help from Buddy Guy, Heart, Joan Jett & the Blackhearts, LL Cool J, and more. Taking place at the city’s RFK Stadium and billed as the group’s “biggest U.S. headline engagement to date,” the show will also feature a BBQ, a motorcycle rally, and a fireworks display. It follows the Foos recent surprise show at D.C.’s Black Cat in celebration of their Washington episode of HBO’s Sonic Highways.

Additionally, 30-second snippets of every song on their upcoming album (November 10) are now available to stream below. Tickets for the D.C. blowout go on sale on November 8 at 10 a.m. — check out the event’s poster and full lineup below. 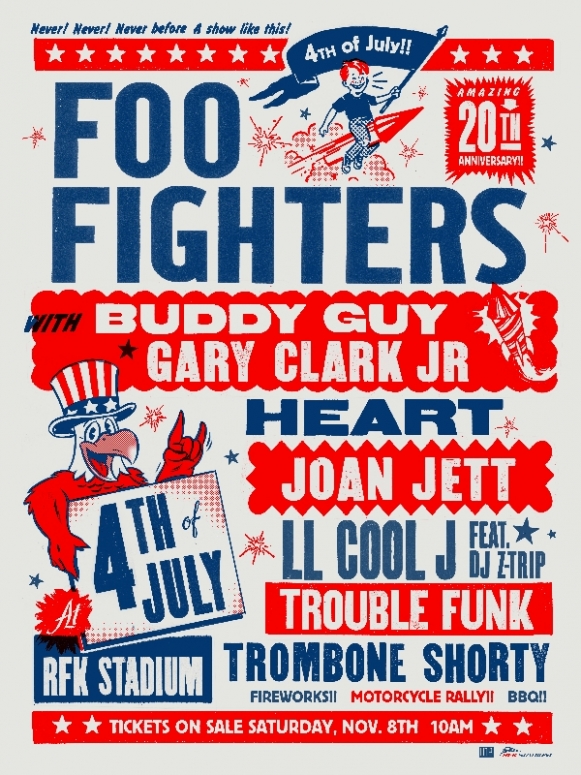