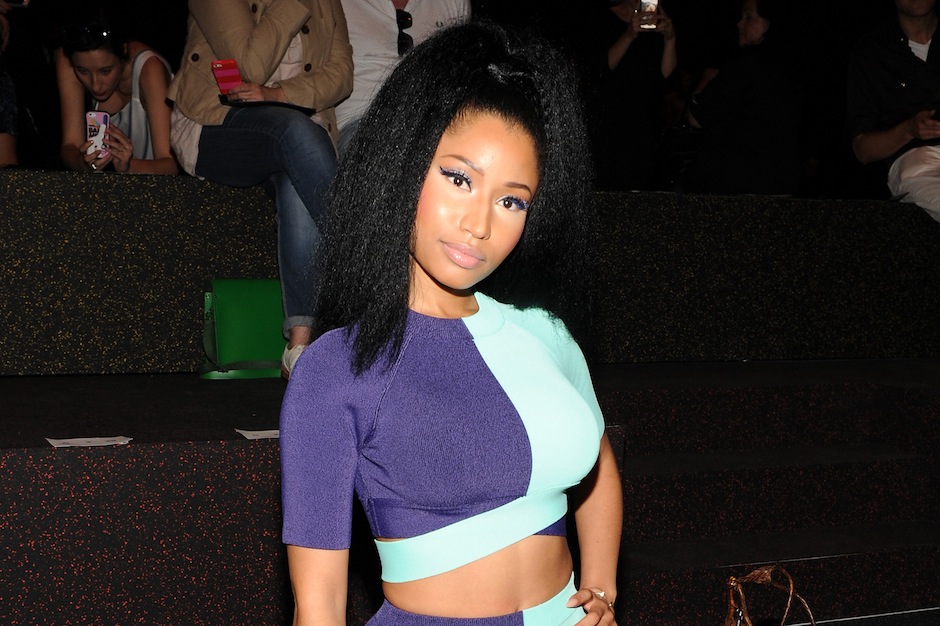 Though it’s Alexander McQueen that Nicki Minaj name drops in her recent hit “Anaconda,” Saturday night she celebrated the work of another famous fashion figure named Alexander (Wang) by appearing at the brand’s New York Fashion Week show. In addition to posting rave reviews on Instagram, as Vogue points out, Minaj stopped by backstage for another little surprise, teaching a few of the dance moves from the “Anaconda” video to some of the models that took part in the show.

Irina Kravchenko, Ewa Wladymiruk, Valery Kaufman, and Aleah Morgan aren’t necessarily lacking the technical ability to pull off the moves that Nicki drills them on, but as a couple of the clips below show, they do leave a little bit to be desired in terms of enthusiasm. That being said, were you to suit them up in Kmart’s $6 version of Nicki’s shorts from the video, you’d probably have another solid entry in this neverending “Summer of Ass.”