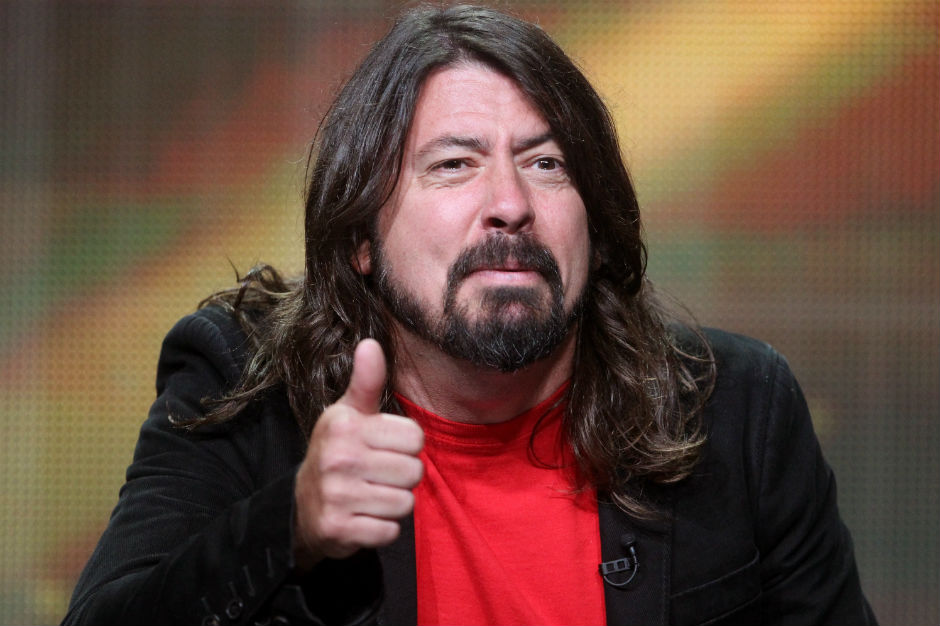 Although Dave Grohl directed a documentary and has a few acting credits, he’s still somewhat of an outsider when it comes to the Hollywood industry. The Foo Fighters frontman appeared a bit out of place when he took the stage at the Television Critics Association press tour in Beverly Hills to talk about his upcoming HBO series, Sonic Highways, which documents the band’s multi-city recording of their upcoming eighth album.

As the Associated Press reports, Grohl’s phone rang in the midde of his talk, his clip-on microphone fell off his jacket, and he peppered the usually staid convention with a good dose of F-bombs. Further playing into his everyman charm, the rock veteran revealed that he went to a dive bar near his house the night before and sat in with a cover band, “just because I didn’t want to go to bed at 10 o’clock.”

On a more serious note, he described the band’s philosophy behind the recording of the new album, for which they traveled to famed studios in eight cities and played with local legend such as Buddy Guy, Dolly Parton, and Public Enemy’s Chuck D. “These recording studios are hallowed ground; they’re churches and monuments to me,” Grohl said. “History has been made in s—tholes all over the country.” As for why they’re taking such a unique approach, he added, “We could just go make another record in the studio, hit the road and sell a bunch of T-shirts. It’s all about reinventing the process.”

According to Deadline, the idea for the new show came to Grohl while the Foos were recording their last album, Wasting Light, in his garage. “I thought maybe we should do a documentary about the band, about the last 14, 15 years, that would explain why we were making a record in my garage,” he said. He also revealed his disdain for singing competition shows like American Idol, wondering why anyone would try so hard just to “have a bazillionaire tell you that you are a bad singer.” Good point, Dave.

Sonic Highways will air premeire in October, with the band’s as-yet-untitled album due out in November.