Smashing Pumpkins boss: "Ye olde record business does its trample over what was promised" 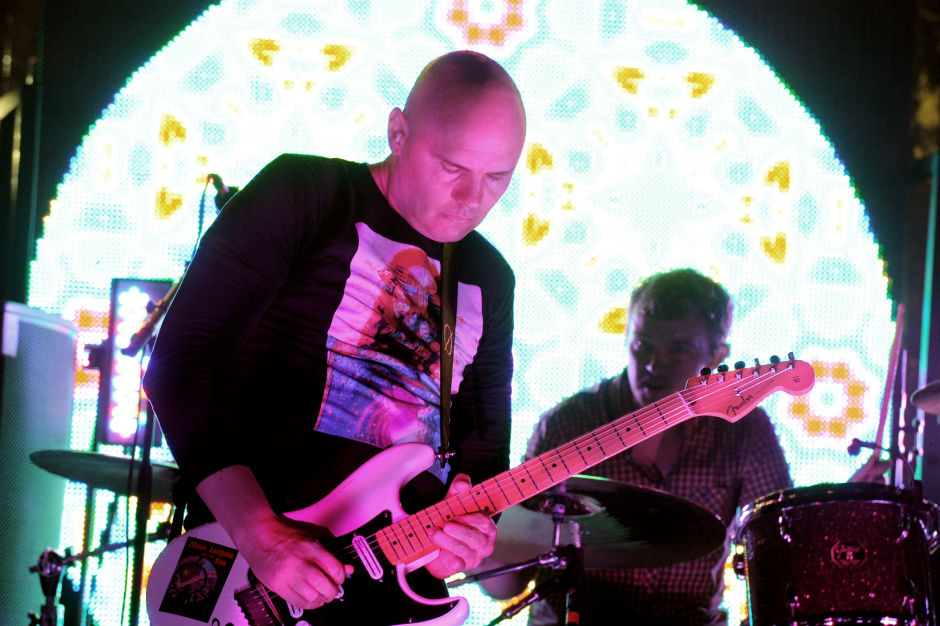 Retail giant Amazon has been pissing a lot of people off recently. There’s their ongoing battle with Hachette, in which they’ve refused to allow pre-orders of the publisher’s books in a fight over revenue. They did the same to Warner Bros., only with DVDs and Blu-ray discs in a similar dispute. Amazon’s latest kerfuffle pales in comparison, but it’s still worth noting because their latest critic is none other than Billy Corgan.

The Smashing Pumpkins mastermind has been prepping the reissue of 1998’s Adore for months now (maybe years), and just when he was finally going to release the massive track list to his loyal fans, he discovered Amazon had already gone and done that, despite promises that they wouldn’t.

“Great news: ADORE box set track list to be announced on http://SmashingPumpkinsNexus.com  later today. Plus information on how to buy signed copies too,” Corgan tweeted yesterday morning, but changed his tune a couple of hours later. “CORRECTION: Amazon decided to break an agreement and post track listing of ADORE first; despite assurances otherwise that asked us to wait.”

Great news: ADORE box set track list to be announced on http://t.co/0RzcwgBXWM later today. Plus information on how to buy signed copies too

CORRECTION: Amazon decided to break an agreement and post track listing of ADORE first; despite assurances otherwise that asked us to wait

Corgan clarified that he could’ve released the track info a while back, but decided to play ball with Amazon and make the announcement around the same time: “OBVIOUSLY I’ve had ADORE track list for 4 months, and could have posted anytime. But we try to co-ordinate these releases to balance all … All I can say is that a/ never again will I trust such promises and that b/ for now on I’ll just do right by SP peeps first and foremost.”

But there was more he could say, and say it he did. With a measured anger, he wrote a post on the Pumpkins’ website that details his frustration with Amazon and the music industry at large, as well as giving some more details about the six-disc Adore set:

I spent some time this morning preparing what was meant to be the reveal of the ADORE BOX SET, for where the real juice lies in it is what sonic goodies made their way on it. Notably, I was prepared to share this information here on The Panopticon as far back as two months ago, but made the mistake of asking the record label if I should wait. And if you saw my comments earlier today, you already know that I’m very upset that an online retailer broke their agreement, posting up the tracks up before we could do it here first AS THEY’D ASKED. The irony being where do you think this kind of information comes from, if not for your truly?

Now, let me digress here for a moment. The record business as you already know instinctively is quite bad; and some would say music hasn’t been in such a disadvantageous place in the culture since the selling of commercial music began in the early 1900’s. And I for one have been very outspoken about what I would say are harmful business practices, the kind which place artists in an exploitative position visa vie their rights and ownership of their own work.

Lately though there have been some encouraging signs, particularly in those realms where groups can better own/control/and have some bigger say in how their music is marketed. As an example, The Smashing Pumpkins et al do not own the 90’s albums, although technically it says on a piece of paper that we own 50 pct. But, and this is a big and, I control any use of that music, and having agreed to this reissue campaign a few years back I’ve worked tirelessly to provide, pound-for-pound, the best reissues possible. And believe it or not, in most cases I lose more than I spend on those projects. But this is not to say that I’m not grateful, for I am: to old SP, to our great supporters, and those who’ve taken a new interest in the band because of the depth of our ever-growing catalog.

So in that light you can understand why it boils my blood when ‘ye olde record business stands up and does it same old trample all over what was promised because frankly, they’re more scared of their masters than artists on their rosters. Yes, we are just a small operation over here, and unfortunately on a day that started with so much excitement (the sharing of this info below), now I have to field through excuses to figure out what I can trust going forward. Not because I believe in some corporate logo that helps sell plastic, but because of what I’ve labored to put on that plastic. SO, let me be the second to present to you the ADORE BOX SET track list, and the first to get it right. Amen…

So, now that he’s gotten all of that off his chest, you can pre-order autogaphed copies of the 107-track (!) Adore set — featuring outtakes, live performances, demos, a mono remix, and more — from Corgan’s Illinois teahouse, Madame Zuzu’s, before its September 23 release. Throw Billy a bone and read the track list (and press release with further details) on the Pumpkins site.