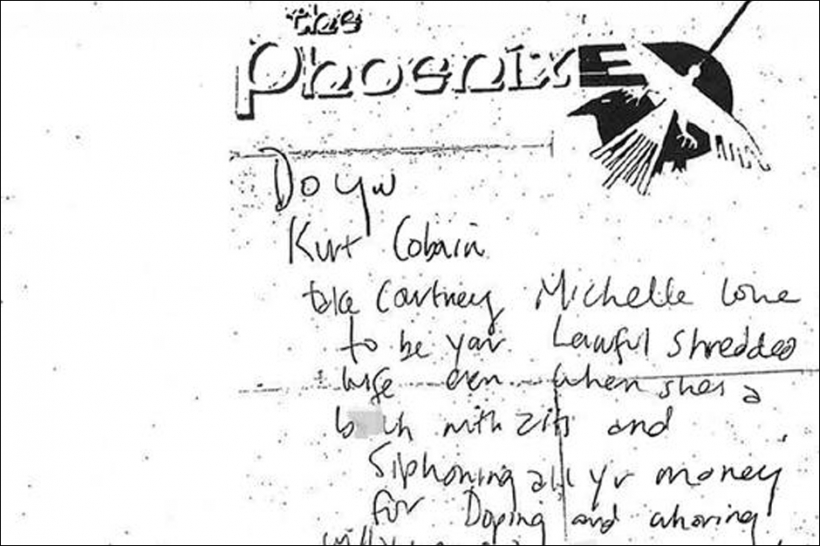 As we noted when we originally wrote about the wedding vows letter found in Kurt Cobain’s wallet at the time of his death, the full text of the handwritten note was cut off in the image released by CBS News. After obtaining the letter, that outlet published a story with the headline “Kurt Cobain death-scene note mocks vows to Courtney Love,” with the author speculating about its origins: “The note may show the author, presumably Cobain, poking sarcastic fun at the marriage; or perhaps it reveals a deep-seated resentment toward Love about drugs, sex, rock and roll… and money. One might even imagine two lovers penning the note together, fully aware of the scrutiny their relationship engendered.”

Well, now Yahoo Music got hold of the full letter, and the last line makes it seem a bit more lighthearted, and not something Cobain penned out of resentment towards his wife. Following the line about loving Courtney “even when she’s a bitch with zits and siphoning all yr money for doping and whoring,” there’s this added vow: “Will you promise to fuck her at least once a week, O.K.” As journalist Mark Yarm, who wrote the excellent grunge oral history Everybody Loves Our Town, tweeted, “It’s just dark humor, folks (& apparently written by Courtney).” Of course, the amateur handwriting analysts who’ve been poring over Cobain’s suicide note for the past 20 years might disagree, but trying to change their minds would take too much effort on our part.

Love, who recently opened up about making peace with Dave Grohl, has yet to comment publicly on the note. 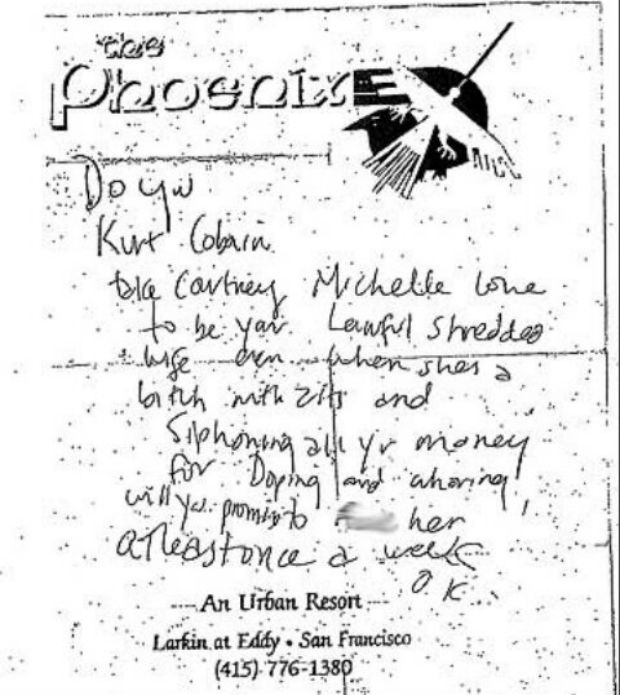