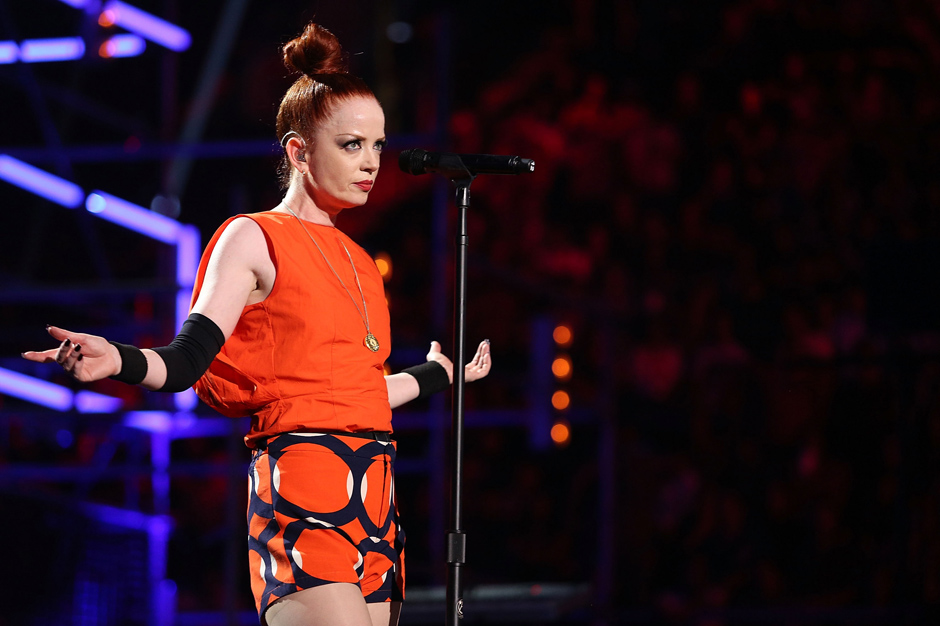 Garbage sneak-released a Record Store Day single this past weekend and one of the lucky fans who nabbed the green 10-inch slab has shared the contents. The rare translucent vinyl includes two brand new songs. The first is called “Girls Talk” and it features former SPIN cover star Shirley Manson trading jagged, embittered lines with Brody Dalle, late of the Distillers. “You can do what it is that you want without some little bitch in your ear,” they growl in the track’s explosive final third. Find that and B-side “Time Will Destroy Everything” below. That one features ghostly guitar, stuttering beatwork, and electronically distorted vocals repeating the titular mantra, via Stereogum.

In 2012, Garbage made a strong return with Not Your Kind of People, their first album in seven years. We spoke to Manson about her band’s discography on that occasion. They also surprised us last year with a Record Store Day release team-up with Screaming Females, for which they covered Patti Smith’s “Because the Night.” Manson also wrote a love letter to dying record stores which Kim’s Video & Music may want to revists right about now.