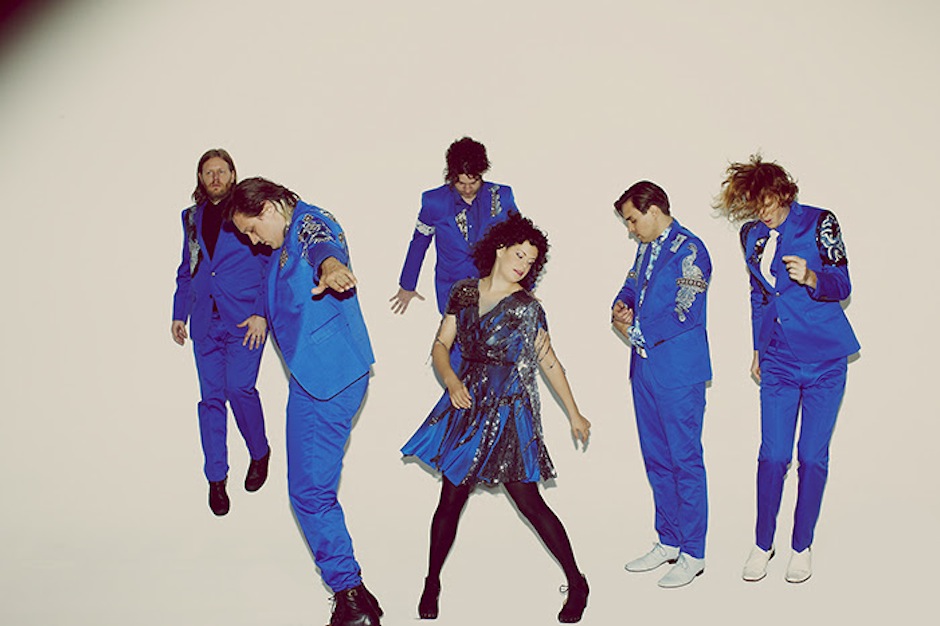 Capping a festival two weekends in a row presents a certain challenge, but Arcade Fire rose to the occasion.

To shut down Coachella 2014’s first weekend on April 13, the indie-rock luminaries pulled out all the stops. The Canadian band brought out Blondie’s Debbie Harry for a cover of “Heart of Glass,” enlisted New Orleans’ Preservation Hall Jazz Band for a Dixieland-style finale, and dressed Breaking Bad’s Aaron Paul as the Pope.

To end the event in the California desert for its second (and final) weekend of the year, the Reflektor crew pulled out all new all-the-stops. Frontman Win Butler announced “some very special guests and we’re just going to bring them up up front,” as quoted by The Hollywood Reporter; Butler has also been quoted as adding, “Paft Dunk.” Two people in Daft Punk-like robot suits appeared, while a slow version of last year’s omnipresent “Get Lucky” played (video below).

Later in the set, Beck — who had covered Arcade Fire’s “Rebellion (Lies)” earlier in the day — joined them for their take on Prince’s “Controversy,” according to ArcadeFireTube. He was reportedly wearing, like Paul last week, a Pope costume.

In the meantime, Arcade Fire have announced two Los Angeles dates. They’ll play at the Forum on August 1 and 2. A pre-sale starts on April 24 and runs from 10 a.m. to 10 p.m. PST, and general sales start on April 26 at 10 a.m. PST. Judging by the group’s recent Southern California shows, they’ll have a tough act to follow — but that hasn’t slowed them down before.