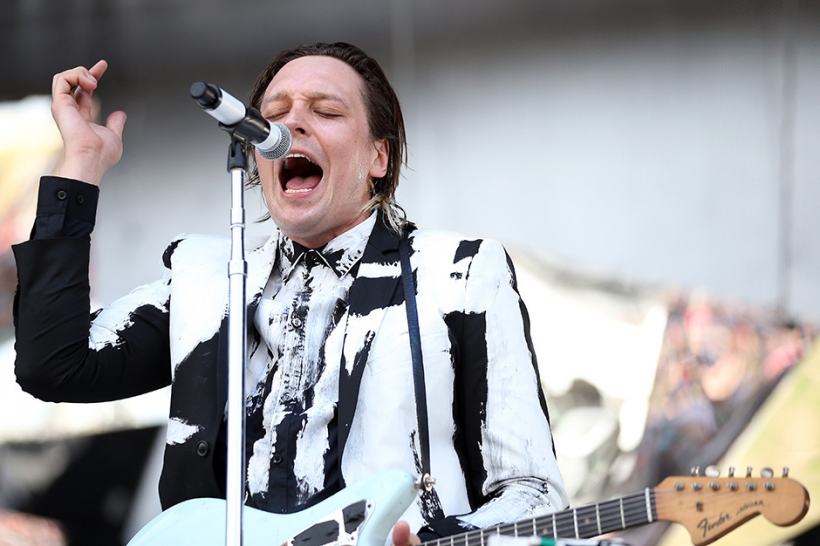 “FUNKNROLL.” That’s the title of a new song Prince debuted last week. And it’s an obvious prophesy his path and that of recently funked-up indie-rock heroes Arcade Fire could not remain uncrossed for long. Over the weekend in Minneapolis, Minnesota, the Reflektor-ers covered the Purple One’s 1981 Controversy title track, and as you can hear below, it’s brassy, percussive, and sure to get Prince’s hometown crowd in a festive mood. According to Stereogum, Win Butler was wearing a box-shaped mask with the face of first Prince and then Minnesota pol Michele Bachmann during the performance.

The song had been on the set list for the U.S. tour opener last week, but the band had opted instead for the Rolling Stones’ “The Last Time”; the Minneapolis set also featured snippets of Lady Gaga’s “Do What U Want,” Guns N’ Roses “Sweet Child O’ Mine,” and, um, Aerosmith’s “I Don’t Wanna Miss a Thing.” Local radio station The Current broadcast the whole show, and @ArcadeFireTube captured the audio for “Controversy,” below.

Though Owen Pallett and Arcade Fire’s Will Butler missed out on an Oscar for Best Score, the Canadian band recently hit Jimmy Fallon’s Tonight Show. Prince just played a four-hour Hollywood show, after which, if he cooked any breakfast, it was more likely to be omelettes than his famous pancakes.

Don’t miss our list Inorganic at the Disco: 40 Rock Bands Who Beat Arcade Fire to the Dance Floor.