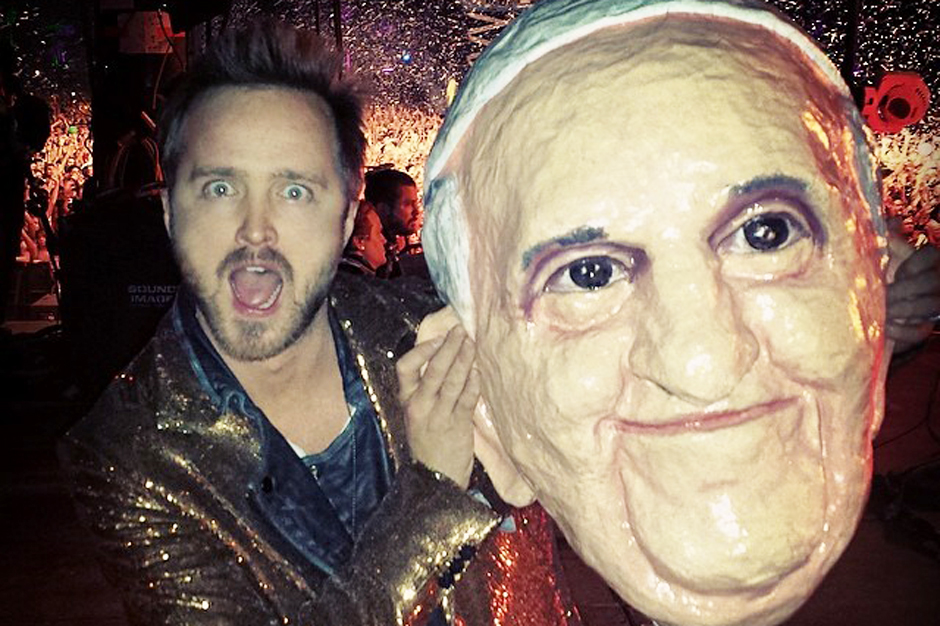 Aaron Paul is absolutely no stranger to Coachella. The concert addict met his wife, Lauren Parsekian, at the Southern California festival way back when, and his name came up in a recent post about celebrities cutting deals with sponsors willing to pay them to attend. But Vanessa Hudgens’ alleged McDonald’s deal is nothing compared with the gig that the Breaking Bad and Hellion star wound up securing: a spot in Arcade Fire’s ranks for their epic closing set. Did you manage to spot that huge, living Pope Francis bobblehead? Yeah, that was Jesse Pinkman under there.

His cover was blown by Scott Rodger of Quest Management, who posted a photo on Instagram of Paul next to his Pope head, seen above. The star also posted his own photo, seen below, with his Coachella love (right) and Ellie Goulding. We’d say Paul won this one.