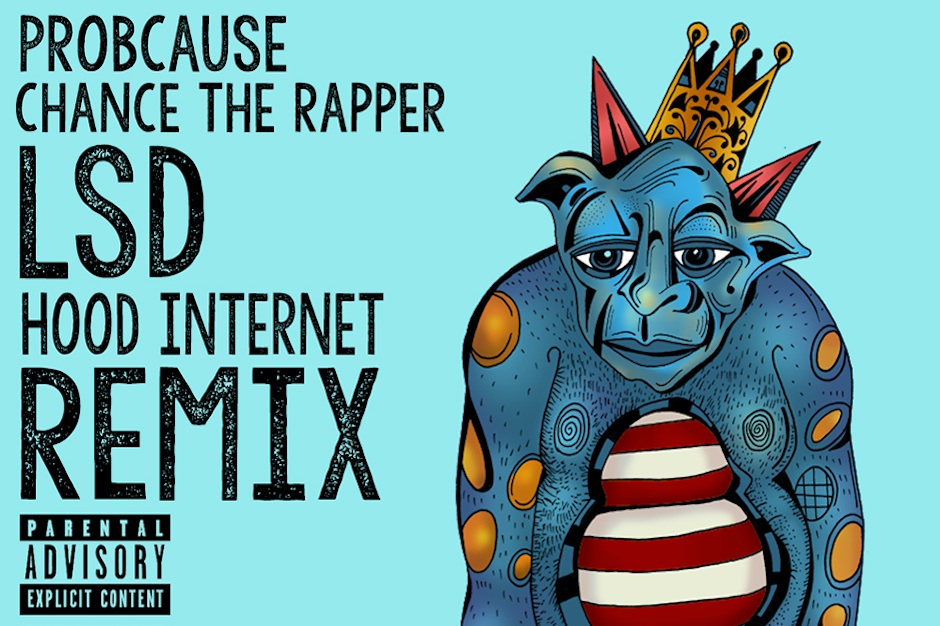 The Hood Internet, those crafty producers and tastemaking mash-up maestros (never forget, they released a mixtape called Trillwave years before A$AP Rocky was around to supposedly coin the term), have taken on rapper ProbCause’s Chance the Rapper-assisted “LSD” from last year, injecting even more Chicago music into its turnt-up DNA. Here, the duo cuts up ’70s rock semi-obscurity “Lake Shore Drive” by Aliotta Haynes Jeremiah, a track that was named after the Windy City’s famous street that runs along Lake Michigan, though probably really a song about tripping balls (Lake Shore Drive being shortened as “LSD”). If Prob and Chance’s original (produced by Drew Mantia) was very Right Now thanks to spacey dubstep, then this remix adds some diggin’-in-the-crates record-nerd warmth to the track. “LSD (Hood Internet Remix)” will be on ProbCause’s upcoming EP, Waves, but you can check it out below, right now.