Raise your hand if you spent your 2011 Playa Del Carmen vacation driving up and down the Mexican Riviera listening to Foster the People‘s Torches. Anyone? Anyone? That was just me? OK, fine, but still: It was a pretty boss record, right? Not exactly something you’re going to love and cherish for the rest of your days (no “Tenth Anniversary of Torches” features coming your way in 2021), but good the way a new Taco Bell menu item is good: old flavors re-imagined into something vibrantly new, art and science and focus groups collaborating on something spiritually empty yet delicious.

Actually, I made up the focus-group thing; I have no idea if that happened. Still, it sounded like it did, given the record’s perfectly balanced indie/dance/soul/pop equation. Album opener “Helena Beat” had that mechanical Ratatat groove thing; “Don’t Stop (Color on the Walls)” had the catchy whistling and overall shampoo-marketed-at-teenage-girls vibe; “Houdini” was the New Kids on the Block reboot we were all secretly dying for; and, of course, Ultimate Summer Jam “Pumped Up Kicks” was so devilishly catchy it made everyone overlook the fact that it was this blithely delivered tune about a teenage psychopath and his loaded gun. But that was the genius of Torches. If you didn’t listen too closely — if, say, you were on vacation, which great pop records have a way of conveying the feeling of, even if you’re not actually snorkeling — then it was possible to find it very, very enjoyable.

It is virtually impossible to do the same with Supermodel. Why is that? Here’s one reason: The songs suck, which is odd, because the formula has not dramatically changed. FTP leader Mark Foster is still a member of the chuck-it-all-in school of pop songwriting, and his band’s sophomore album feels more like a Girl Talk mix than an original album, mashing up the last few years of chart-friendly alt to wan effect. “Pseudologia Fantastica” is the MGMT track, a hypnogogic wall of psychedelic whitewash and Technicolor vocals; “The Truth” merges James Blake and the Antlers (the latter quite brazenly, in fact) with its static-y bass thrum and ethereal chorus. Meanwhile, “Are You What You Want to Be” apes Vampire Weekend with its West African-inspired beat, which isn’t necessarily the biggest crime, but boy, these lyrics sure are: “I woke up on Champs-Élysées to the djembe of Ghana / A fine lady from Belize said, ‘You got the spirit of Fela.'”

Not surprisingly, Foster the People fare best when they rip themselves off, as on “Coming of Age,” a breezy pop song with innocuous lyrics (well, almost: “Just like an animal / I protect my pride”) that’s not so ostentatious as to call attention to itself, a sweet spot these guys used to find more often. The other improbable highlight is album closer “Fire Escape,” which is mostly Foster singing over an acoustic guitar. It’s the kind of track you’d expect to find at the end of a Death Cab for Cutie record, right down to its tortured metaphor: “I am a fire escape / My spine is made of iron / My heart pumps old red paint.” Which is emblematic of the guy’s chameleonic talents, his ability to write for any style, which makes sense, given his old gig as a commercial-jingle writer. (Long-term, for good or ill, his career model might be Ryan Tedder.) 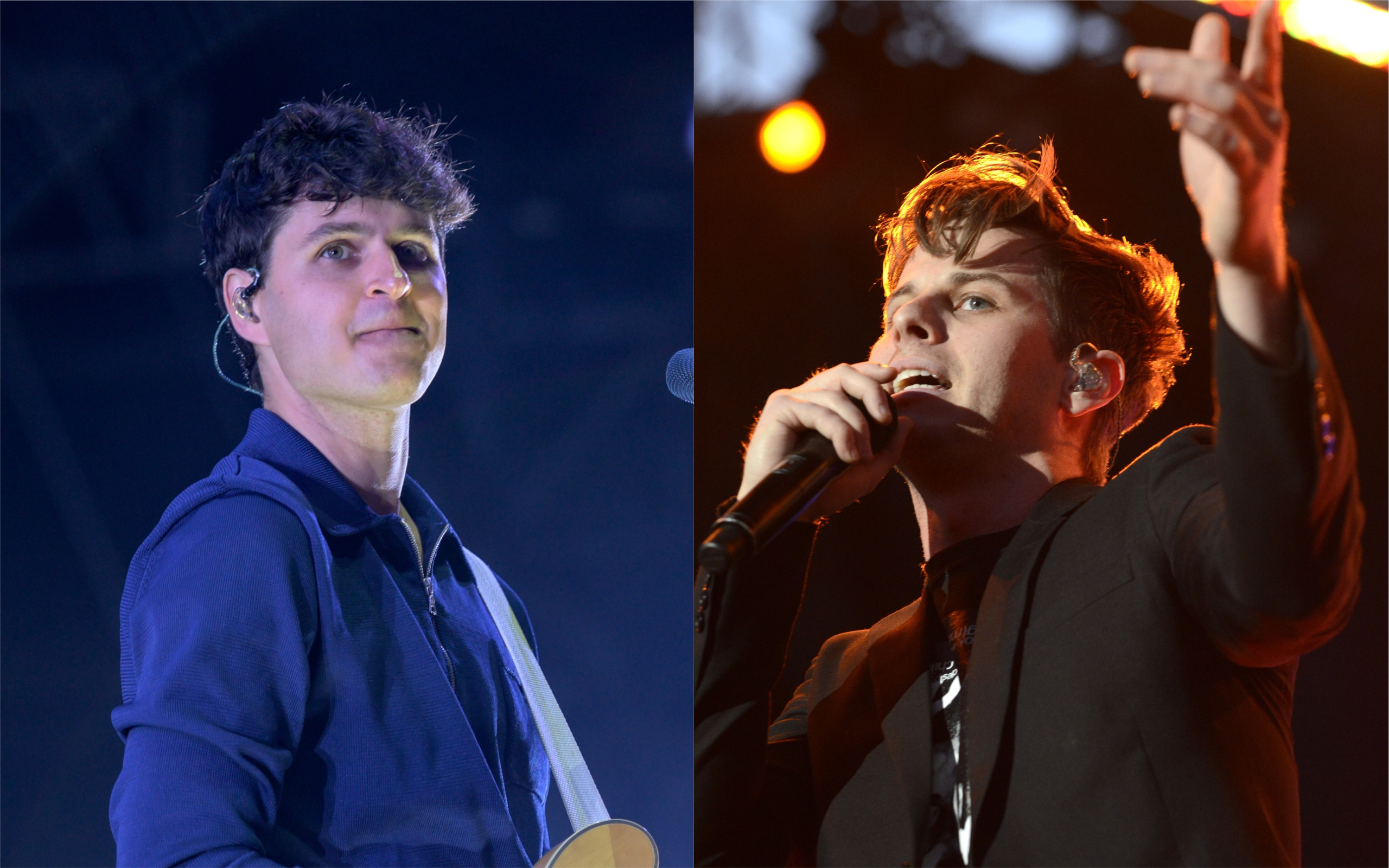 That’s another thing that nags on Supermodel: Foster is an L.A. music-biz striver, a guy who arrived from Cleveland at 18 to Make It, which is fine and all, but does explains why this thing feels more like a bloated blockbuster sequel than an actual artistic statement. Hella catchy mainstream alt-pop is a perfectly reasonable, not to mention lucrative, field to dabble in. But in order to do that in an inoffensive way, you either need to position your brand — er, band — as an unapologetic future-karaoke troupe a la Maroon 5, or actually stay up on your trends, neither of which Foster the People do here.

And that’s the trio’s real sin: They’re simply behind the times. Commercial alternative rock has changed radically in the last three years: The phenomenal success of Mumford & Sons, fun., Phoenix, Neon Trees, and even Avicii’s “Wake Me Up” has given mainstream-alt audiences a serious taste for the polyglot pop Foster the People first made their name with, music as likely to reference EDM as John Steinbeck. There’s a huge line of bands right now waiting to punch their ticket for this ride: American Authors, Bad Suns, A Great Big World, Mister Wives, and other quasi-alt strivers certain stuffy websites won’t touch with a ten-foot Glenn Branca reference. Supermodel‘s failing is that it’s copying one of the foundational records of this trend, which is, you guessed it, Torches. It’s hard to think outside a box you built yourself.