"It's Hollywood, it's Hollyweird, it's great fun," he told BBC Radio 4 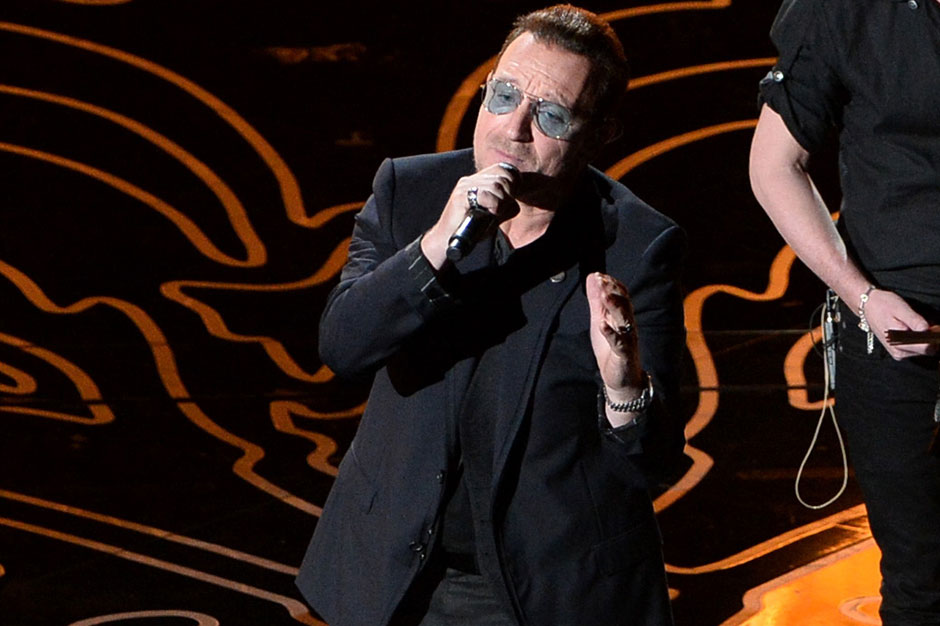 After U2’s “Ordinary Love,” which they performed at the Academy Awards last night, lost the Best Song Oscar to Frozen’s “Let It Go,” Bono headed to a Vanity Fair party. BBC journalist Colin Paterson was live on the air from the event, dispassionately reporting and analyzing the news of the evening, when suddenly he saw the Irish rocker and tried to secure an interview. “Bono! Bono! Bono!” Paterson shouted, in an all-too relatable moment he has since talked about with the right amount of self-deprecation.

When, following some painfully long seconds, Bono came over for a chat, the frontman was fairly terse. Asked if he had a message for the evening, he said with a laugh: “No, no! It’s losers over there. We had a great time. We’re here. We’re tourists. It’s Hollywood, it’s Hollyweird, it’s great fun.” Asked what Mandela meant to him, Bono demurred, explaining, “You’d be here all night, all morning and the next day.”

Hear the chat itself over at the BBC’s website and listen to Paterson being interviewed about the encounter (including audio excerpts) below. As for U2, they recently helped ring in Jimmy Fallon’s Tonight Show, and another new song, “Invisible,” was part of a multimillion-dollar Bank of America charity effort to fight AIDS in Africa.